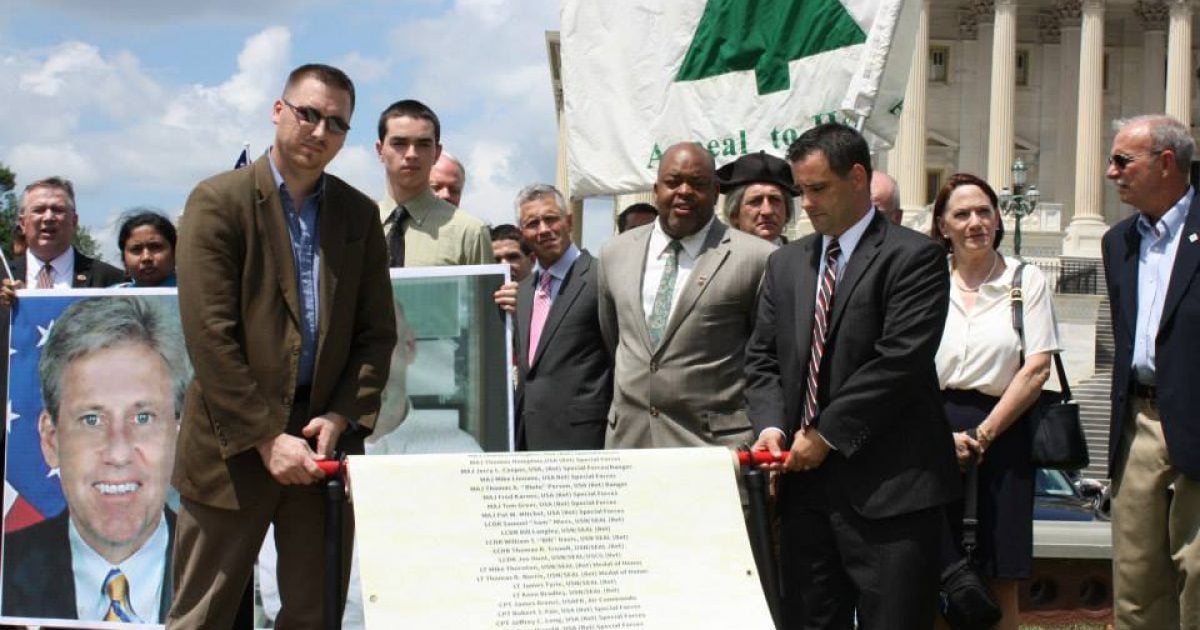 What’s said to be largest petition ever presented to Congress – one demanding a special investigation into the terrorist attack on the U.S. Consulate in Benghazi – was literally unrolled near the Capitol building Tuesday afternoon.

The 60-foot long scroll contained the signatures of over 1,000 Special Operations veterans calling for an end to what the petition calls a “Benghazi cover-up” and demanding Congress hold members of the administration accountable if they determine “high crimes and misdemeanors” were committed.

Special Operations Speaks PAC organized Tuesday’s press conference saying the presentation of the petition “will be the opening volley in a nationwide campaign urging House members to sign the Discharge Petition forcing House consideration of HR 36 – the bill to establish a Select Committee to fully investigate the Benghazi Massacre,” the group’s website said.

Led by Republican Rep. Frank Wolf, 120 lawmakers have co-sponsored the House resolution, H. Res. 36, which calls “for the establishment of a special Congressional committee to investigate the Benghazi attack and the Obama administration’s handling of it in the weeks that followed.”