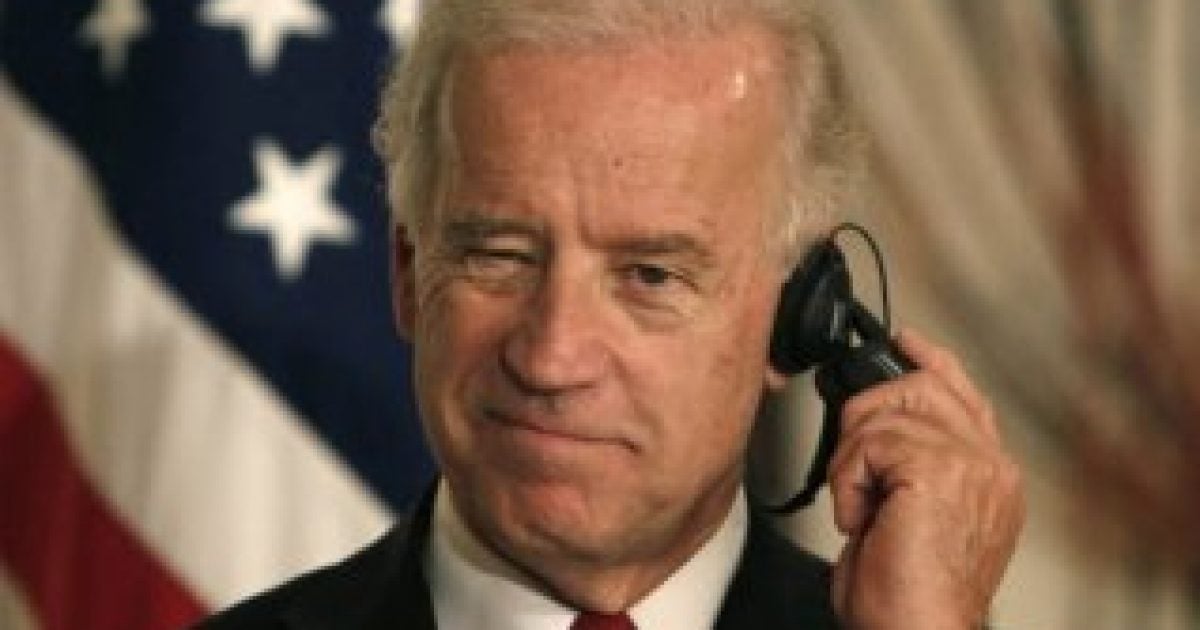 A Vancouver, WA. man was arraigned in court Wednesday for following the advice of Vice President Joe Biden in the early morning hours of Monday.

Jeffery Barton, 52, pleaded not guilty to illegally aiming or discharging a firearm at Clark County Court, according to Portland, Ore. CBS affiliate KOIN.

Barton admitted to deputies that he fired his shotgun to chase away people who looked to be breaking into his vehicles.

“I just woke up at about three o’clock in the morning and I noticed that I had — ah — dome lights were on in my car and there were three people inside two different cars,” he told KOIN.

That’s the point where he remembered Biden’s advice.

“I did what Joe Biden told me to do,” he said. “I went outside and fired my shotgun into the air.”

Biden gave this advice in February during a Facebook town hall event with Parents Magazine on gun control.

“If you want to protect yourself, get a double-barreled shot gun,” Biden remarked.

“I said ‘Jill, if there’s ever a problem, just walk out on the balcony here… put that double-barreled shotgun and fire two blasts outside the house,’” he added.

However, sheriff’s deputies told KOIN 6 News Wednesday that current law does not afford people the right to just fire off their gun. There must be a self-defense component, along with a life-threatening situation — none of which appeared to be the case here, they said.

Barton’s first mistake was listening to anything Biden has to say.