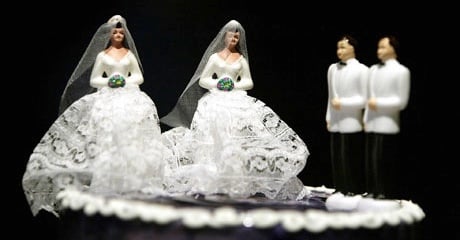 The greatest threat to religious freedom in America is coming from the Obama administration, and churches are taking steps to prepare for the next onslaught.

Just as Obamacare is forcing people of faith to act against principle, churches now fear that the Supreme Court’s recent decisions with respect to gay marriage may compel priests, ministers and rabbis to perform same-sex unions against their established dogma.

The situation has Joe Carr, pastor of the Waynesville, Ga. Missionary Baptist Church concerned, according to Fox News Radio.

So Carr and the church elders took precautionary measures.

“We needed to have a clear statement,” Carr told Fox News. “It’s to protect us from being forced to allow someone to use our facilities who does not believe what we believe the Bible teaches,” so they added language to the church bylaws that will prohibit such unions as well as prohibit the congregation’s pastor from performing or endorsing them.

If this all seems a bit extreme, consider the following recent events noted by Fox News Radio’s Todd Starnes:

Last week, American evangelist Tony Miano was arrested and interrogated in London after he delivered a sidewalk sermon – preaching that homosexuality is a sin. He was charged with “using homophobic speech that could cause people anxiety, distress, alarm or insult.”

American pastor Scott Lively was sued in a United States federal court for preaching in Uganda that homosexuality is a sin. Sexual Minorities Uganda accused him of inciting the persecution of homosexuals during a 2009 mission trip to the country.

And a number of Christian-owned companies have come under legal attack for their opposition to homosexuality.

Hands On Originals, a Lexington, Ken. t-shirt company, was investigated by the city’s Human Rights Commission after they refused to print shirts for a local gay rights group.

The state of Washington is suing a small flower shop after the owner declined to provide flowers for a gay wedding.

Arlene’s Flowers in Richland, Wash., is facing thousands of dollars in fines and penalties for allegedly violating the state’s Consumer Protection Act.

Seeing the handwriting on the wall, congregations around the country are concerned, some enough to take steps like Carr.

“I think we’re in a day where every church needs to have a statement in its bylaws of its doctrinal beliefs on marriage and sexuality,” attorney Erik Stanley told Baptist Press. “This is a proactive approach that churches can take to head off any claims of discrimination in the future, should they occur.”