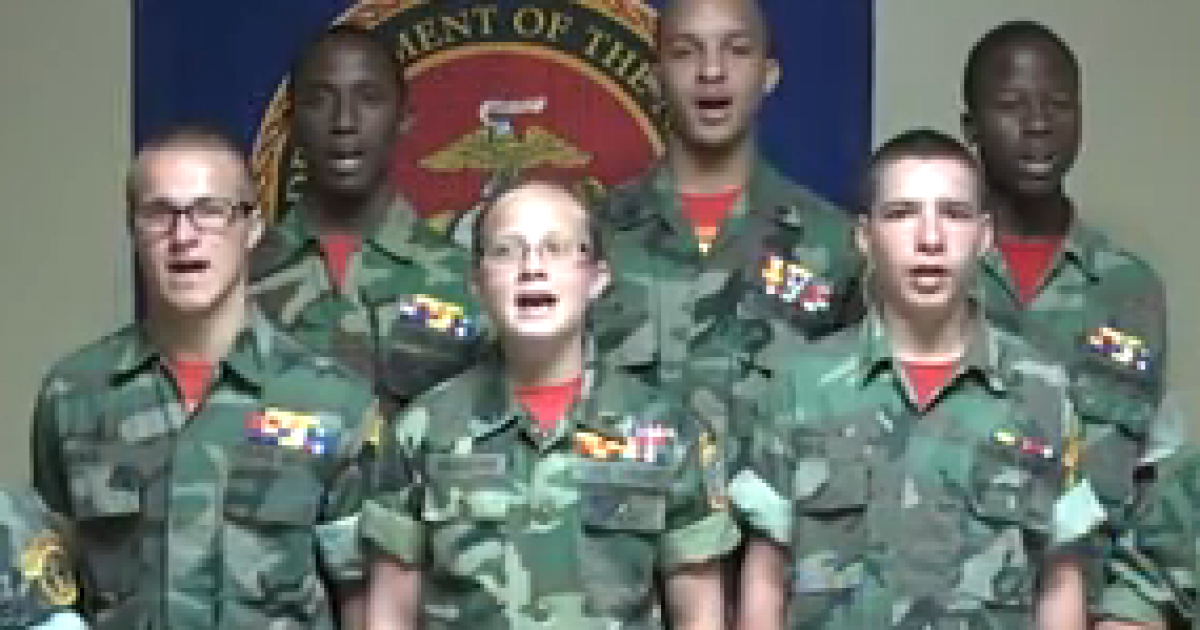 A bipartisan firestorm has erupted in state and congressional support for a Louisiana sheriff after the Department of Justice defunded the Young Marines he supervised. The program lost funding in June because its oath mentions God and prayers, and suggests the participants attend church.

“We were informed that these are unacceptable, inherently religious activities and the Department of Justice would not be able to fund the programs if it continued,” Sheriff Julian Whittington told Fox News. “They wanted a letter from me stating that I would no longer have voluntary prayer and I would also have to remove ‘God’ from the Young Marine’s oath.”

Refusing to sign a pledge not to refer to God or prayer has cost the program a $30,000 grant from Justice Department officials. The Liberty Institute has stepped in to help the program get back the funding.

“We are deeply troubled that the DOJ, the agency in charge of defending the civil rights of us all, would engage in this type of discrimination by denying permission to fund the outstanding Young Marine’s program,” Liberty Institute attorney Michael Berry told Fox News. “It is shameful that a mere mention of God sends the DOJ officials running as if they had seen a ghost.”

“The First Amendment guarantees us freedom of religion, not freedom from religion,” Jindal told Fox News. “It was written to protect people of faith from government officials, and we are going to hold on to that freedom. We are calling on the Department of Justice to restore the funding to the Young Marines so it can continue improving the lives of our young men and women through prayer.”

Meanwhile, Democratic U.S. Sen. Mary Landrieu introduced legislation to prevent defunding of programs that may include religious activity, according to Fox News.

“This is clearly a serious overreach by the Department of Justice and I intend to do something about it,” Landrieu told Fox News as of the Freedom to Pray Act. “These kids are working to improve themselves and their communities; they deserve support, not unnecessary hurdles.”

“The DOJ has plenty of problems to worry about,” she added. “It should focus more on them and not a program that is doing good work for kids in our community.”