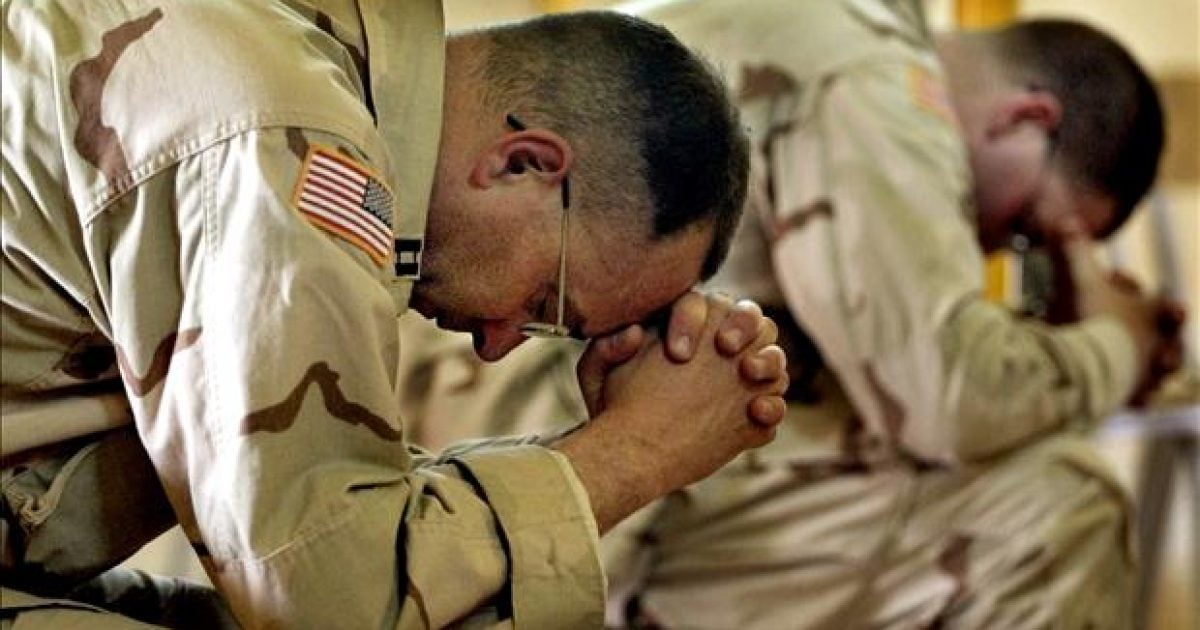 A U.S. Army reserve unit in Pennsylvania lumped Catholicism and evangelical Christianity along with Hamas and al-Qaida as examples of religious extremism during an equal opportunity training brief.

“We find this offensive to have Evangelical Christians and the Catholic Church to be listed among known terrorist groups,” said the alliance’s executive director, Ron Crews, Fox News reported. “It is dishonorable for any U.S. military entity to allow this type of wrongheaded characterization.”

Oddly, the Army also listed “Islamophobia” as an example of religious extremism, which, of course, is not a religion, but a fear.

Army spokesman George Wright told Fox News he advised the agency that this was an “isolated incident not condoned by the Dept. of the Army.”

“This slide was not produced by the Army and certainly does not reflect our policy or doctrine,” he said. “It was produced by an individual without anyone in the chain of command’s knowledge or permission.”

The program’s presenter apologized and removed the slide after someone complained.

The presentation first came to light by a participant who “considers himself an evangelical Christian and did not appreciate being classified with terrorists,” Crews told Fox News. “There was a pervasive attitude in the presentation that anything associated with religion is an extremist.”

“The Archdiocese for the Military Services was shocked to learn that the Army considered Catholicism to be an example of extremism,” Fox News Radio’s Todd Starnes wrote.

Given that Catholicism is the world’s oldest form of Christianity, I can well imagine. “The Archdiocese is astounded that Catholics were listed alongside groups that are, by their very mission and nature, violent and extremist,” the archdiocese said in a statement.

It is calling for the Defense Department to “ensure that taxpayer funds are never again used to present blatantly anti-religious material to the men and women in uniform.”

It took very little digging to discover that the presenter, not an expert in the subject matter, got her information from an Internet search — primarily from the Southern Poverty Law Center.

“Why is there such dependence upon the work of the SPLC to determine hate groups and extremist groups?” Crews said. “It appears that some military entities are using definitions of ‘hate’ and ‘extreme’ from the lists of anti-Christian political organizations. That violates the apolitical stance appropriate for the military.”

We used to refer to the future as “a brave new world,” from the title of an Aldous Huxley novel. There’s nothing “brave” about religious bigotry, and there’s nothing “new” about hate and distrust.