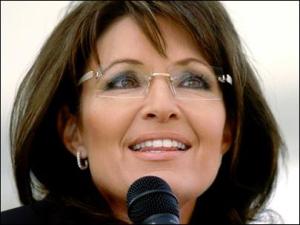 Continuing her practice of avoiding the mainstream media and going directly to the people, former Alaska Gov. Sarah Palin released a statement Friday on Facebook calling attention to the failure of yet another “green energy” initiative under the Obama administration and the crony capitalism that continues to result in an “atrocious waste of taxpayer money.”

With well over 3.5 million Facebook user “likes,” Palin’s use of social media remains an effective means to share her concerns. Stating that “nothing will change” unless the American people “take a stand,” she wrote:

Once again, the American public lost when the Obama administration attempted to pick “winners and losers” in the free market. Today the electric car company Fisker Autom otive, which received nearly $200 million in taxpayer money, is laying off three-fourths of its U.S. workers.

The Anaheim, CA-based start up has failed at pretty much every level – especially when it comes to the company’s ultra expensive luxury electric hybrid, the Karma (what a name!), which is assembled in Finland and received a green-energy loan to transition the assembly to the U.S., something that never happened.

This is really just the latest manifestation of the administration’s crony capitalism as their green energy buddies benefit from this atrocious waste of taxpayer money. Americans really need to get outraged by these wasteful ventures. As we’ve seen time and time again, We the People are always stuck subsidizing the left’s “losers.”

So what’s the solution and where do Americans go with our outrage? Stand up against the crony capitalism and elect only those who understand and will let America’s marketplace dictate economic successes, instead of letting politicians (some who have never run any business nor even worked in the private sector) choose free enterprises’ winners and losers. Take a stand, friends. Nothing will change unless you do.