Recently in Florida, a labor advocacy group called the Coalition of Immokalee Workers (CIW) marched 200 miles from Fort Myers to Lakeland to protest against a company which it claims places corporate greed over immigrant rights.

CIW represents a growing trend in labor activism — campaigns to “name and shame” companies under the guise of social justice.

In reality, the real aim is to browbeat corporations into agreeing to advance the union’s agenda, which usually means unionizing the workforce.

At this march, which I witnessed, the participants looked mostly like real people, not the partiers and activists of the Occupy protests of 2011-2012. These people truly seemed to believe they can improve workers’ lives by protesting. They need to look behind CIW’s propaganda.

CIW does little to hide that it acts as a labor organization —essentially a union. On its website, it includes as its goals promoting “enforcement against those who would violate workers’rights” and “the right to organize on our jobs without fear of retaliation.”

Those clearly are union goals, yet CIW is not considered a union under current labor law.

Officially, it is a “worker center,” which allows it to circumvent oversight and disclosure rules under the National Labor Relations Act and the Labor Management Reporting Disclosure Act. The LMRDA grew out of the late 1950s hearings where notorious Teamsters boss Jimmy Hoffa pleaded the Fifth more than 100 times rather than say how his union was spending its members’dues money.

How does CIW do it? Quite simply, it browbeats employers into giving in to its demands.

Worker centers also allow unions to target companies by disguising their organizing campaigns as disinterested citizen protests. These protests form part of what is known as a “corporate campaign,” whereby unions get assistance in pushing their agenda from allies, including public figures, social justice activist groups, liberal religious organizations, environmental activists, and others.

In its campaigns, CIW employs aggressive tactics, including immigrant “education” sessions that actually are union organizer training, secondary boycotts of the targeted company’s suppliers, picketing, work stoppages, street demonstrations and media campaigns, including social media. Any company that does not agree to CIW’s demands risks being publicly accused of slave driving.

Thus, a union can use a corporate campaign to label nonunion firms as hostile to workers’ rights that need to be either organized or put out of business.

CIW has been successful in getting several large companies to agree to sign on to “code of conduct” agreements that are kept as closely guarded secrets.

But there is no evidence these agreements have improved the lives of the workers CIW claims to represent. At least one lawsuit has been brought by an organization called the Migrant Farm Workers Justice Project against signatory companies of the CIW agreement.

CIW is part of a trend. Worker centers similar to it have popped up around the country. In 1992 there were only five such centers in the United States. By 2007, the number had risen to 160. Many of these are openly funded by unions. For example, the Restaurant Opportunities Center is funded by UNITE-HERE Local 100, and Our Walmart and the Retail Action Project are funded by the United Food and Commercial Workers (UFCW) and a UFCW affiliate, respectively.

With their membership numbers in decline for years now, unions in the private sector are struggling for survival, and they have created these worker centers in response. Given the background and stated goals of these centers, the Department of Labor should require them to file financial information just as local and international unions are required to do under the LMRDA.

If CIW and other worker centers are truly committed to the pursuit of better conditions for workers, they should have no objection to showing their supporters how they are funded and how they spend their money. 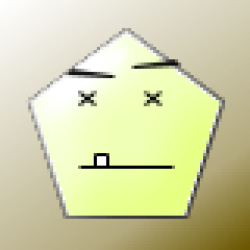 Russ Brown
Russ is a Vice President for the Labor Relations Institute where he works with industries to maintain a union free environment and oversees government affairs. Brown works on both National Labor Relations Act and Railway Labor Act issues, having a strong background in the transportation industry.