The following story rankled me enough to produce a parody video. The only way to truly, genuinely understand the utter insanity of the “nine points” is to present a scenario in which they are put into action. Truly stupid things should always be held up for ridicule, and that DoD video is about as truly stupid as anything you’re ever likely to see.

Just when you thought things couldn’t  get any nuttier in the government’s war against citizens who choose to exercise their right to arm themselves in self-defense, comes this. And it takes “nutty” to previously-unknown levels. The Defense Equal Opportunity Management Institute (DEOMI) is an arm of the Department of Defense created in 1971 (and reorganized in 1979 under President Carter). It’s stated mission is to fight “intolerance.” The DEOMI commandant, a political appointee, answers to Obama’s new Under Secretary of Defense for Personnel and Readiness, Jessica L. Wright. Wright, you may recall, recently complained to congress about the “devastating” impact of sequester cuts on the “quality of life” of military personnel.

And yet, even so, DEOMI apparently has the funds to produce a film using a cartoon to depict a woman’s brutal rape and murder, instructing Americans who might witness such a crime to use nonviolent methods like “humor” and “dialogue” to save the victim.

At this point, you’re probably looking at the tags on this post to see if one of them says “satire.” And oh, how I wish this were satire. But no…it’s real, and taxpayer-funded.

Titled the “DEOMI Bystander Intervention Training Video,” the video opens in a manner so tasteless and exploitative, it’s absolutely stunning. A comic-book style “cartoon” depicts the brutal rape and murder of Catherine Genovese, the 28 year old woman whose sexual assault and murder in a Queens neighborhood You paid for this, folks.in 1964 sparked national soul-searching when it was claimed that neighbors ignored her repeated cries for help (Genovese was stabbed repeatedly in the back by an assailant she didn’t know, and then raped as she lay dying). The “cartoon” uses accurate depictions of the faces of Genovese and her killer, and comics-style “bubbles” to illustrate her cries and wails.

After an excruciating minute-fifty of watching the Genovese murder/rape in cartoon form, an on-screen narrator recounts the details of the case. The narrator explains that the concept of “bystander intervention” was created so that people who witness events like the Genovese murder will no longer “do nothing.”

The narrator explains that there are two types of “bystanders” – “active” and “passive.” The video then goes on to present the nine points of “bystander intervention” – how you can be an active bystander if you witness something like what befell Genovese.

“You do have a responsibility to act,” the narrator declares.

Here are the nine points (or “strategies”) for “bystander intervention:”

The narrator explains that although “assault or rape” are the first things that come to mind when “bystander intervention” is involved, these “strategies” can also be used to combat “harassment, hazing, or discrimination in its infancy.”

“Remember – it is all of our responsibilities to act,” the narrator says as the video ends.

The exploitation of the Genovese rape and murder for ideological purposes is vile. And the idea that any of the nine points provided in the video could have made one bit of difference in the Genovese case is pathetic. Genovese’s killer, a 29-year-old serial-rapist and murderer named Winston Moseley, told police that he loved killing people, and that he chose women because “they were easier and didn’t fight back.” After being apprehended in the Genovese case, he confessed to two other murders, and in both of those cases, he admitted to raping the women as they were dying or after they were dead (one victim was only 15 years old when he stabbed and raped her; the other, a housewife, was burned alive). Moseley was sentenced to death, but, of course, a New York appeals court overturned the sentence to life with the possibility of parole.

In 1968, Moseley escaped from custody while being transported back to prison from a hospital (he had self-inflicted an injury as part of his escape plan). He assaulted the transporting officer, stole his gun, and fled to a nearby house, where he held a husband and wife hostage, and raped the bound and gagged woman in front of her husband. He was soon caught again.

He will be up for parole in November of this year.

Knowing what we do about this monster, would any of those asinine “nonviolent strategies” have worked in Moseley’s case? “Dialogue?” “Humor?” “Easing his feelings?”

There would have been only one way to stop Moseley: a bullet. A well-deserved bullet (or two, or three).

The Department of Defense and the Obama Administration should be ashamed. But they won’t be. There is no depth to which they won’t sink in attacking the 2nd Amendment and preaching their “progressive” agenda. 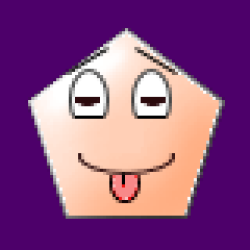 David Stein
David A. Stein is a historian and documentary film producer in Los Angeles. He has produced over a dozen features, and his work as a Holocaust historian and documentarian has been lauded by President Bill Clinton and former U.N. Secretary General Kofi Annan. A former op-ed contributor to the L.A. Times from 1999 through 2005, Stein is currently the Southern California Chairman of the Republican Party Animals (for fun).