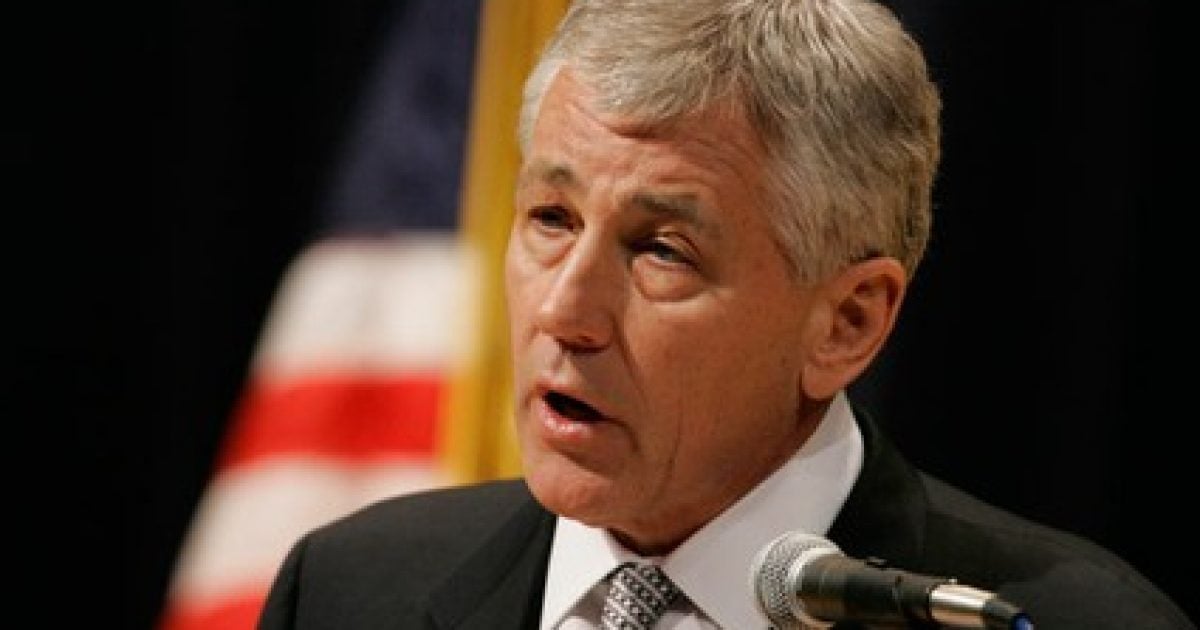 Fifteen Republican U.S. senators sent a letter Thursday to President Obama asking him to withdraw his nomination of Chuck Hagel for secretary of defense.

Texas Sen. John Cornyn published the letter in a news release on his website Thursday morning.

The letter in its entirety is below:

Last Thursday, the Senate voted to continue its consideration of your nomination of former Senator Chuck Hagel to serve as our nation’s next Secretary of Defense.  While we respect Senator Hagel’s honorable military service, in the interest of national security, we respectfully request that you withdraw his nomination.

It would be unprecedented for a Secretary of Defense to take office without the broad base of bipartisan support and confidence needed to serve effectively in this critical position.  Over the last half-century, no Secretary of Defense has been confirmed and taken office with more than three Senators voting against him.  Further, in the history of this position, none has ever been confirmed with more than 11 opposing votes.  The occupant of this critical office should be someone whose candidacy is neither controversial nor divisive.

In contrast, in 2011, you nominated Leon Panetta, who was confirmed by the Senate with unanimous support.  His Pentagon tenure has been a huge success, due in part to the high degree of trust and confidence that Senators on both sides of the aisle have placed in him.  The next Secretary of Defense should have a similar level of broad-based bipartisan support and confidence in order to succeed at a time when the Department of Defense faces monumental challenges, including Iran’s relentless drive to obtain nuclear weapons, a heightened threat of nuclear attack from North Korea, potentially deep budget cuts, a strategic pivot to the Asia-Pacific region, military operations in Afghanistan, the ongoing Global War on Terror, the continued slaughter of Syrian civilians at the hands of their own government, and other aftermath of the Arab Spring.

Likewise, Senator Hagel’s performance at his confirmation hearing was deeply concerning, leading to serious doubts about his basic competence to meet the substantial demands of the office.  While Senator Hagel’s erratic record and myriad conversions on key national security issues are troubling enough, his statements regarding Iran were disconcerting.  More than once during the hearing, he proclaimed the legitimacy of the current regime in Tehran, which has violently repressed its own citizens, rigged recent elections, provided material support for terrorism, and denied the Holocaust.

Regarding U.S. policy on Iran’s pursuit of nuclear weapons, Senator Hagel displayed a seeming ambivalence about whether containment or prevention is the best approach, which gives us great concern.  Any sound strategy on Iran must be underpinned by the highly credible threat of U.S. military force, and there is broad bipartisan agreement on that point.  If Senator Hagel becomes Secretary of Defense, the military option will have near zero credibility.  This sends a dangerous message to the regime in Tehran, as it seeks to obtain the means necessary to harm both the United States and Israel.

We have concluded that Senator Hagel is not the right candidate to hold the office of Secretary of Defense, and we respectfully request that you withdraw his nomination.  Thank you for your consideration.

Dems have asked White House for Hagel to withdraw