Congressman Patrick Murphy, who recently eked out a victory over former Congressman Allen West in District 18, has now been labeled  the “most vulnerable Democrat.”

Sabato’s Crystal Ball, the product of highly respected University of Virginia Center for Politics Director Larry J. Sabato, said just that on Feb. 7. The Crystal Ball has been a leader in accurately predicting elections across the country.

One way to determine vulnerability of Democrats in Congress is to look at districts where Mitt Romney won yet the Republican congressional candidate lost. An analysis of Congressional District 18 shows that Romney won the district, and the numbers show how vulnerable Murphy may be in 2014.

The numbers clearly show this is a swing district.

Conventional wisdom suggests that in 2014, the Republican turnout will be greater than Democratic turnout. This is a reliable pattern in Florida: Democrats can’t seem to turn out their voters in non-presidential years, and President Obama seems to attract a high number of voters who only vote when he’s on the ballot. We’ve already seen what can happen when Obama voters stay home. Just look at 2010.

The question is whether Republican turnout will mirror 2010, when tea party enthusiasm catapulted Republicans to their largest victory since 1946 and the majority in the U.S. House. Many political prognosticators see 2010 as a possible high-water mark for Republicans and doubt it can be repeated, but shortly after the 2008 presidential election, many would have doubted Republicans would win back the House only two years later.

West has said he won’t be running in 2014, so who will step up to the plate? Two former Republican congressional contenders may be interested. State Rep. Gayle Harrell competed in the 2008 Republican primary for the old Congressional District 16, which covered a large portion of the current District 18. While Harrell lost that primary to Congressman Tom Rooney, she was re-elected to the Florida House in 2010 after sitting out one term, pursuant to Florida’s constitutionally mandated term limits.

State Sen. Joe Negron also competed in the old Congressional District 16, in 2006 (a Democratic year), replacing Mark Foley after his abrupt resignation. Foley’s name stayed on the ballot, but all his votes were awarded to Negron. Even with such a liability, Negron came within just 1.8 points of winning the old Congressional District 16. Negron is unlikely to run, though, since he’s the presumptive Florida Senate president in 2016. MaryLynn Magar recently won a state House seat in the area, and of course, Pat Rooney may want to join his brother, Congressman Tom Rooney, in D.C. Other Republican officeholders in the area or even a well-funded political newcomer would stand a good chance of making Murphy a one-termer.

Debbie Wasserman Schultz and the Democratic National Committee clearly targeted West, directing tons of party money to help Murphy. Democrats relished the chance of defeating such a staunch conservative and nationally known Republican rock star like West. The Palm Beach Post recently reported that the Democratic super PAC known as the House Majority PAC spent $2.4 million ripping West, who raised $19.4 in traditional campaign contributions while Murphy raised $4.7 million. Super PACs supplemented those totals by spending $3.5 million to help Murphy and $3 million to help West. It’s highly likely that the DNC and Democratic PACs will assist Murphy again in 2014, but without Obama on the ballot, it remains to be seen whether Murphy will be able to energize Democratic voters to win another term in a less-friendly cycle.

Allen West calls media out for ‘softball’ treatment of Obama 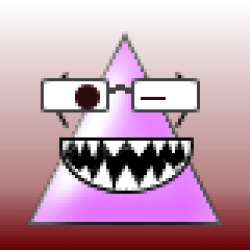 Richard DeNapoli
Richard DeNapoli is an attorney and the former chairman of the Broward County Republican Party. Often referred to as a “numbers guy,” he offers analysis of political statistics to BizPAC.