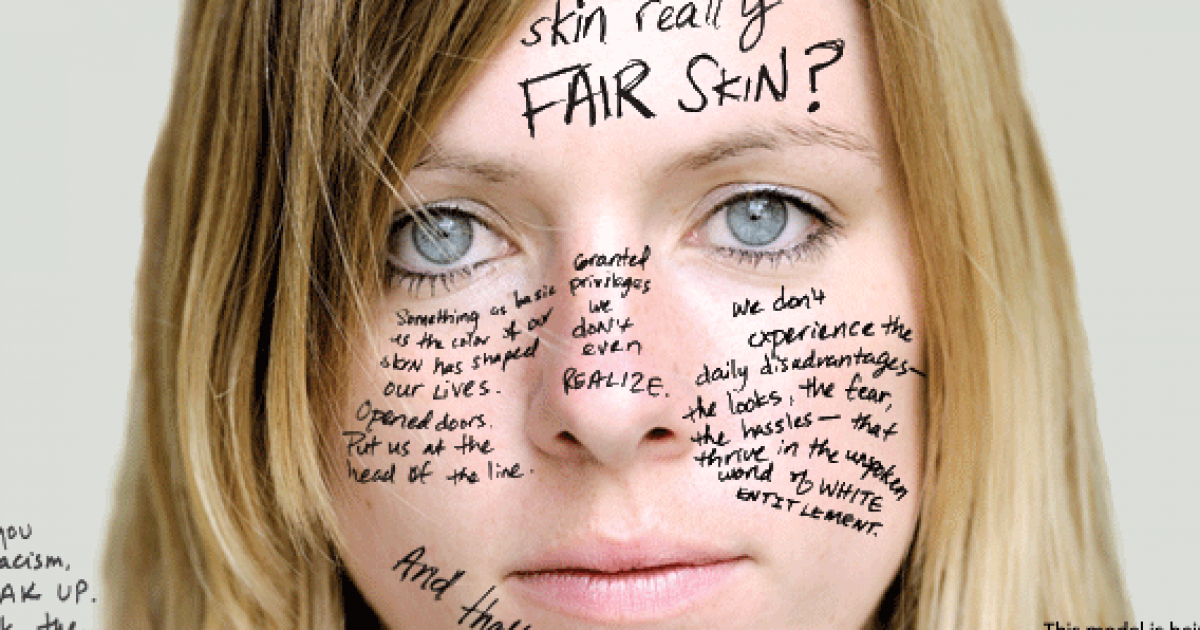 A controversial campaign underway at the University of Wisconsin-Superior is teaching students that it is “unfair” to be white, Campus Reform reported.

A university spokesman confirmed that the “Un-Fair Campaign” was designed to teach students that “systems and institutions are set up for us [whites],” and so they are “unfair.” The official website touts the campaign slogan as “it’s hard to see racism when you’re White.”

The project disseminates its controversial message through an aggressive campaign of online videos, billboards, and lectures.

Posters produced by the group feature a number of Caucasians with slogans like “is white skin really a fair skin?” Sharpied on their faces.

Under their “Taking Action” section of the website, the campaign lists the following resources, with links attached:

While the campaign initially began at the University of Minnesota–Duluth, that school dropped it after receiving negative national attention that called the initiative “divisive” and “alienating.”

University of Wisconsin-Superior spokeswoman Lynn Williams told Campus Reform the school does not “exactly” share the Minnesota university’s concerns, adding that the campaign presents an “opportunity on our campus to talk about all privilege and to create conversation.”

“We really felt that this was an opportunity for the campus and the neighboring community to learn and to grow together,” Williams said.

Williams added that the Wisconsin school, which has several events planned, has no intent of dropping its sponsorship.

State of the Union, Twitter-style: Best tweets of the night