Americans for Prosperity’s Florida chapter (AFP-FL), with more than 145,000 activist members in the state, has outlined its 2013 legislative priorities in its Five for Florida plan. Point three of the plan addresses transparency as a measure of good government.

“It was refreshing to hear the members of the Government Oversight & Accountability Committee declare their dedication to increasing transparency of government spending,” said AFP-FL’s Director of Policy Abigail MacIver. “Chairman Ring has made it clear that he is determined to provide Floridians with a better, more transparent system than we currently have.  It makes no difference that Florida has publicly available records if the citizens don’t know how or where to find them.  It is important that citizens are able to not only access information but put it into the correct context.”

The meeting also focused heavily on the differences between the current sites and the Transparency 2.0 site that was created for the Senate under former Senate President Mike Haridopolos, with members repeatedly criticizing the no-bid contract and the cost associated with the creation and maintenance of the site.

“We hope that the members of the committee don’t become so focused on the previous contract that they lose site of the bigger picture here, which is providing citizens with access to the state’s records, budgets and contracts,” continued Mrs. MacIver. “The members rightly want to ensure that there is accountability for contracts they enter into, and believe they may have paid too much for too little with the Transparency 2.0 project. Ending the legislature’s current practice of awarding no-bid contracts while also providing public access for legislative spending would help prevent any future misuse of taxpayer dollars.”

Americans for Prosperity® (AFP) is a nationwide organization of citizen leaders committed to advancing every individual’s right to economic freedom and opportunity. AFP believes reducing the size and scope of government is the best safeguard to ensuring individual productivity and prosperity for all Americans. AFP educates and engages citizens in support of restraining state and federal government growth and returning government to its constitutional limits. AFP has more than 2 million members, including members in all 50 states, and 36 state chapters and affiliates. More than 95,000 Americans in all 50 states have made a financial investment in AFP or AFP Foundation. For more information, visit www.americansforprosperity.org.

Americans for Prosperity does not support or oppose candidates for public office. 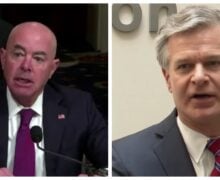