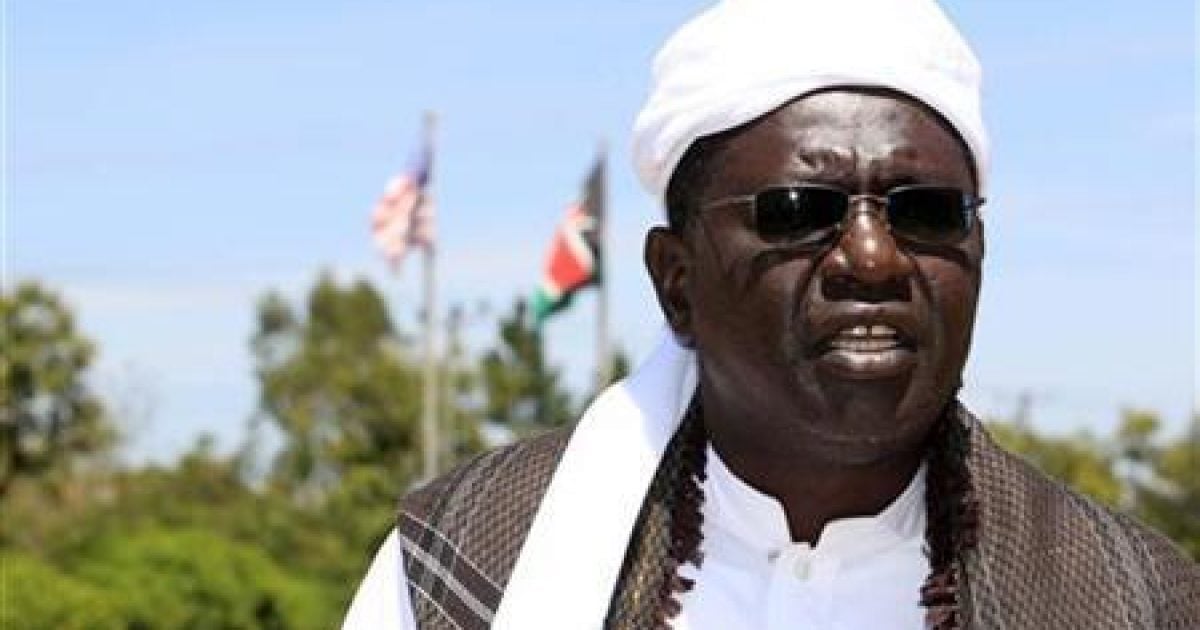 It’s always nice when siblings inspire each other to do great things. But I did chuckle when I saw a Reuters report that President Barack Obama’s older half-brother is vying for public office in Kenya.

Malik Obama, 54, is running for governor of a rural county in the president’s ancestral homeland in what the Reuters story called an uphill battle. In a country that puts a premium on tribe or clan ties, Obama will run as an independent candidate in the first election since independents were allowed on the ballot after a 2010 constitutional change.

“If my brother is doing great things for people in the United States, why can’t I do great things for Kenyans here?” Malik Obama told Reuters. “He is an inspiration to me and I feel that he is an embodiment of my father’s dream.”

The article said Kenyans are fed up with typical “greedy and corrupt” politicians, but that political ideology usually “is trumped by tribe or clan ties.”

Obama, a polygamist, said he was inspired to run for office to “foster economic development and to answer the call of duty.” “Just as it is in United States, I want it here,” Obama said in spouting his version of “hope and change” to those who primarily live in mud huts with no electricity or running water.

Obama has lived in D.C. since 1985, Reuters reported, but he splits his time between Washington and Kenya. That may hurt his political chances, which are already looking pretty slim.

“As much as the brother has done well in the U.S.,” Amos Owino, a clinician in Obama’s district, told Reuters, “the truth of the matter is that he [Malik Obama] is not very close to the people here on the ground.”

Neither is his brother, Mr. Owino. Malik Obama also said his half-brother “urged him to be honest with the electorate and to be true to himself.”

But in true Obama fashion, the would-be Kenyan governor, who doesn’t seem to have a whole lot of qualifications for that job, has his eye on an even higher office, telling Reuters he plans to run for president of Kenya in 2017.

Well, why not, Malik? Your inexperienced community organizer brother is now serving a second term as president of the United States.

Obama-Biden traveling ‘gun show’ coming to a town near you