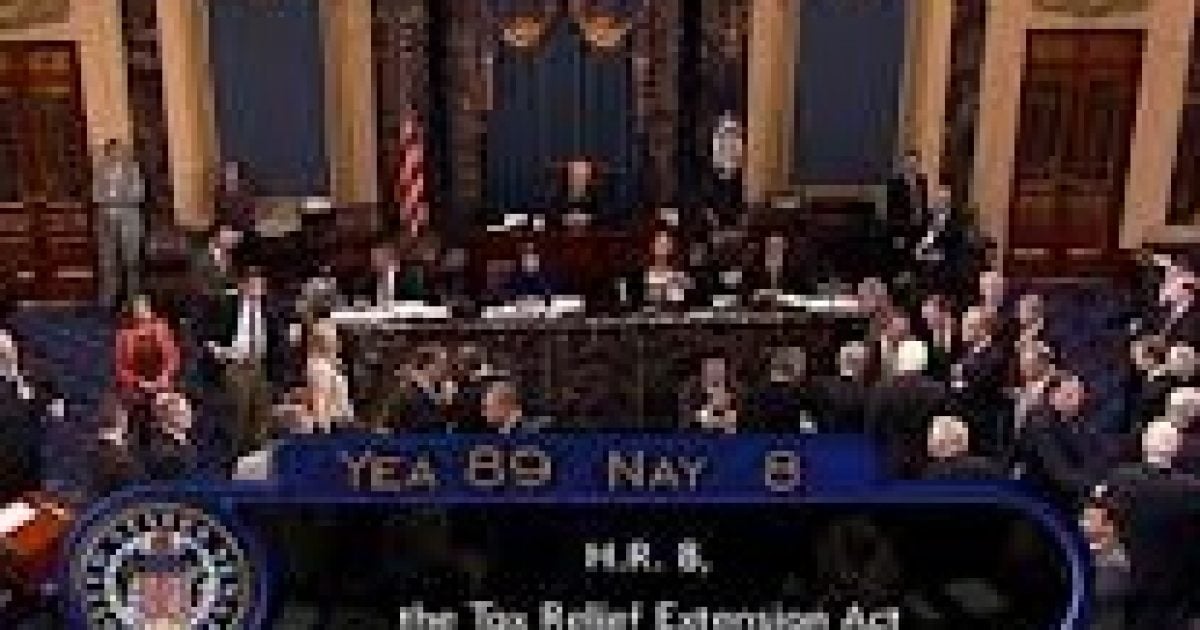 Once again, Washington has passed a bill “to see what’s in it.” Reports are out that the Senate voted 89-8 to approve legislation to ward off the fiscal cliff, but were only given three minutes to read the 154-page bill.

According to a CNSNews.com report:

Multiple Senate sources have confirmed to CNSNews.com that senators received the bill at approximately 1:36 AM on Jan. 1, 2013 – a mere three minutes before they voted to approve it at 1:39 AM.

The bill is 154-pages and includes several provisions that are unrelated to the fiscal cliff, including repealing a section of ObamaCare, extending the wind-energy tax credit, and a rum tax subsidy deal for Puerto Rican rum makers.

The bill avoids the fiscal cliff by making permanent the Bush tax cuts for individuals making less than $400,000 per year and couples making less than $450,000 and by putting off the automatic spending cuts (sequestration) from last year’s debt ceiling deal until March.

Congress is now set for more negotiations as spending cuts and limits on the debt ceiling loom ahead.