If such power were transferred from Congress to the White House, it would signal surrender and submission of our legislative branch; the only branch that has the power to create law under the Separation of Powers doctrine of our Constitution.

President Barack Obama pauses as he speaks about the “fiscal cliff” at the Business Roundtable, an association of chief executive officers, in Washington. The political fight that took the nation to the verge of defaulting on its debts last year is back, overshadowed by “fiscal cliff” disputes but with consequences far graver than looming tax hikes and steep spending cuts. The government is on track to hit its $16.4 trillion borrowing limit later this month. And while the Treasury can keep the government functioning through early next year, Obama is bluntly insisting that any deal on the “fiscal cliff” must include an end to brinkmanship on the debt ceiling.

For the past several decades, however, presidents have gradually enhanced the power of the executive branch beyond the scope of what the Constitution intended by creating law with executive orders – a clear violation of the Separation of Powers doctrine that limits lawmaking to Congress and mandates an equal balance of power between all three branches of government.

Since President Herbert Hoover, more than 8,700 executive orders have been signed, and although they sometimes serve the legitimate purpose of facilitating laws passed by Congress, many presidents have abused their function to create laws that Congress has voted against – giving rise to an almost omnipotent administrative state controlled by the White House.

As a result, “much of the original legislative power vested in Congress is now exercised, as a practical matter, by executive agencies, independent commissions, and the courts,” according to Louis Fisher’s “Constitutional Conflicts Between Congress and the President.”

The legislative branch has remedies to challenge executive orders – nullify, repeal, revoke, terminate or defund – but each remedy can be vetoed by the president, leaving Congress powerless unless it can overturn the veto with a two-thirds vote; a rare occurrence.

Congress was so concerned about the issue that in 1999 both legislative chambers unsuccessfully proposed separate bills to limit the power of executive orders, and the U.S. House of Representatives held hearings to examine “The Specter of Executive Lawmaking.”

There is no “express power” in the Constitution for the president to issue executive orders.

The only basis for their authority is the “implied power” from Article II, Section 3, Clause 4 that mandates the president “shall take Care that the Laws be faithfully executed …”

That’s because only Congress is supposed to create laws while the president is simply supposed to facilitate them.

Courts also have the power to strike down unconstitutional executive orders, but in 1867 the Supreme Court ruled in Mississippi v. Johnson that the judiciary could not restrain the president from executing laws. As a result, courts have only struck down two executive orders in history.

The first instance occurred in 1952 when President Harry Truman seized many of the nation’s steel mills to end a labor dispute stalemate, and the second in 1996 when President Clinton made it the policy of the executive branch not to award contracts to employers that permanently replace striking workers.

In the 1952 case, Youngstown Sheet & Tube Co. v. Sawyer, Justice Robert Jackson established a framework that concluded that “when the president acts pursuant to an express or implied authorization of Congress, his authority is at its maximum,” and “when the president takes measures incompatible with the expressed or implied will of Congress, his power is at its lowest ebb.” The problem lies in the middle tier of Jackson’s test, in which he opined, “When the president acts in absence of either a congressional grant or denial of authority, he can only rely on his own independent powers, but there is a zone of twilight in which he and Congress may have concurrent authority.”

Since Congress is constrained mostly by methods that require presidential concurrence, it is difficult for the legislative branch to challenge executive orders, making it all too easy for the president to exploit “his own independent powers” in “the zone of twilight.”

In this case, if Congress were to simply allow the president to usurp debt ceiling authority, the zone of twilight would sunset permanently and the White House would have unilateral lawmaking authority on this issue.

Presidents from both parties have abused their executive authority throughout history, slowly diminishing the power of Congress – the branch that our forefathers intended to be the primary branch of democratic representation to prevent the United States ever becoming a monarchy or dictatorship.

During the Reagan presidency, the Conservative Caucus unsuccessfully challenged an executive order in U.S. District Court that was dismissed for lack of standing. The order allowed President Reagan to unilaterally implement the SALT II treaty with the U.S.S.R., which the Senate refused to ratify.

Congress was unable to obtain judicial review of Clinton’s attack upon Yugoslavia pursuant to the War Powers Resolution, which mandates congressional approval to send troops into action abroad, and President George W. Bush used the implied power to override the Presidential Records Act of 1978, which ensured publication of executive branch documents.

With the sweep of a pen, President Franklin D. Roosevelt used an executive order to force Japanese-Americans into internment camps during World War II.

All of the aforementioned executive orders, along with thousands of others, have given each president more authoritarian power than his predecessor.

Former Clinton Interior Secretary Bruce Babbitt made that transition clear in 1999 when he told the Washington Times, “We’ve switched the rules of the game. We’re not trying to do anything legislatively.”

Justice Jackson, who had previously served as the chief prosecutor against the Nazis during the Nuremburg trials, understood the dangers of executive power and how easy it was for a democracy to transform into a dictatorship.

He concluded in the Youngstown case, “We may say that power to legislate belongs in the hands of Congress, but only Congress itself can prevent power from slipping through its fingers.”

If Congress does not decline President Obama’s request for permanent debt ceiling authority and stand united as bipartisan legislators, this “specter of executive lawmaking,” will continue to endanger our constitutional system and erode our democracy. 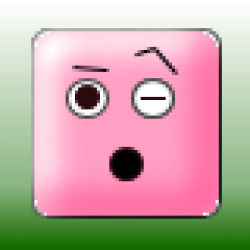