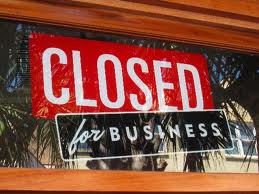 If you had attended the West Palm Beach Community Redevelopment Agency meeting Monday, you would have thought “Hometown Democracy” was alive and well in West Palm Beach.

In 2010, two out of three Floridians voted against the Hometown Democracy constitutional amendment because it would have killed jobs and destroyed Florida’s economic future. If you don’t believe me, just ask anyone who survived the experiment in St. Petersburg Beach.

Also in 2010, 54 percent of West Palm Beach voters turned down then-Mayor Lois Frankel’s request to build more than five stories on the former City Hall site. Recently, West Palm Beach commissioners passed a motion to let voters decide if the same site is worthy of the same exemption Frankel sought. If these leaders truly want growth, and desire to expand their tax base, they must select a proposal among the three finalists that brings the most economic benefit and new, permanent jobs to the city and surrounding areas. After all, bringing benefits to the citizens of West Palm Beach is what city leaders were elected to do.

Critics of the Hometown Democracy amendment said its passage would create great uncertainty, more expense to finance future campaigns and delays in new projects. Critics also said the amendment was designed to make government ineffective – if not pointless. And it was clear, from the first hour of Monday’s CRA meeting, that commissioners were confused and at a loss for an effective process, even though staff attempted to clarify. Throwing the issue to a vote is a harmful ploy designed to slow down – if not eliminate – future growth in West Palm Beach.

Is Florida open for business or not?

What our state needs is a responsible, pro-growth agenda, forged by our elected officials, that will lead us out of the economic winter that began four years ago. We need to be able to respond to those business owners who desire to move their businesses and jobs to Florida. This means we must reduce the time it takes to place the first shovel in the ground, which can take three years or longer before required approvals and permits are obtained. If we allow our elected officials to “let voters decide” what gets built and what doesn’t, it will extend approvals even longer, and favorable outcomes will become few and far between. All reasons to reject Florida as a top choice.

Wouldn’t you imagine the 8,000 or so recently unemployed space shuttle workers, coupled with those businesses that thrived when they were employed, would desperately welcome a company like Boeing or Airbus to invest substantial capital to start designing, testing and building a new generation of commercial aircraft at Cape Canaveral? So why doesn’t Boeing or Airbus come? Well, perhaps they read that officials of Bethesda Hospital “worked for nine years to get the (new) hospital approved and built” here, as The Palm Beach Post reported Wednesday.

We Floridians enjoy the best year-round weather in the United States, as well as a very low state tax system. We also have 11 public universities and 28 colleges. We produce and graduate more than 100,000 bright, young job-seekers each year. Don’t they deserve the same opportunity to obtain a job, earn an income, buy a home and raise a family within the state in which they were born, just like the generations before them? Only through a responsible, pro-growth agenda will we be able to create the new jobs they desire and deserve.

What has hindered our progress as a state has been our inability to provide timely, shovel-ready sites in substantially less time compared to competing states. To make matters worse, if we permit government – such as the West Palm Beach City Commission – to allow voters to decide the fate of future developments, we are going in the wrong direction. Such actions by governments, and the failure of business leaders to counter them, will all but eliminate Florida from future consideration for businesses to relocate.