America’s sugar policy has my support and the support of so many other conservatives because it’s the best line of defense we have against an OPEC-like market that threatens our food security and 142,000 U.S. jobs.

All of the 120 countries that produce sugar have governments that aid their sugar producers and protect their domestic sugar jobs in some way. They have to, because Brazil has used just about every trick in the subsidy handbook to build a market-manipulating empire.

Today, Brazil controls nearly half of the global sugar market and exerts tremendous pressure on price. It’s the OPEC of the sugar world, and like OPEC, it relentlessly pushes for greater market dominance and control.

According to the Financial Times, the Brazilian government plans to plow another $1 trillion into its sugar market over the next few decades to spur growth in its sugar and sugar-based ethanol sectors.

Sugar producers from my home state of Florida, and across this country, have some of the lowest production costs in the world. However, they cannot compete with the heavy hand of the Brazilian government, or with Brazil’s sugar labor force that, in some cases, makes just 50 cents an hour.

This is the context in which the debate over sugar policy is taking place.

It’s a debate that raises some important policy questions. First, do we want a domestic industry to help supply an ingredient that’s essential to the U.S. food supply, or do we want to depend on Brazil?

The answer should be obvious. After European governments allowed Europe’s sugar industry to go out of business, 120,000 Europeans lost their jobs, sugar supplies fell and prices rose. There were even reports of sugar rationing in Germany. America hasn’t seen sugar rationing since World War II, the last time we depended on foreign sugar producers.

So government intervention will be necessary to maintain America’s sugar industry. But what should the government’s role in the industry be?

It can’t be too large. U.S. food manufacturers pushed to include a traditional subsidy system in the 2008 farm bill that would have sent sugar producers $1.3 billion a year in taxpayer-funded subsidy checks. Such a program would be criminal given today’s budget realities.

And the U.S. government shouldn’t dictate business practices the way the Mexican government dictates the Mexican sugar industry’s practices. That would fly in the face of basic free market principles.

The policy we have chosen — placing tariffs on imported sugar — guarantees imports into the U.S. market (America is the world’s biggest sugar importer) but keeps subsidized foreign oversupplies from bankrupting U.S. producers. And, it operates without a federal budget outlay, which means it doesn’t cost taxpayers a dime.

True, this policy isn’t perfect. But it’s necessary. Until Brazil and other countries stop distorting the market with excessive subsidies, our no-cost policy is the least intrusive way to keep 142,000 Americans off unemployment rolls and prevent America from becoming dependent on the OPEC of sugar. 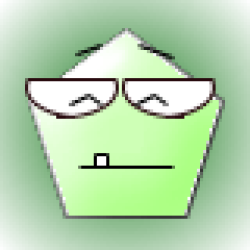 Congressman Tom Rooney
Thomas J. "Tom" Rooneyis the U.S. Representative for Florida's 16th congressional district, serving since 2009. In January, he will be sworn in to represent district 17. He is a member of the Republican Party.