Florida voters need to know about the appalling attempts by Universal Studios in Orlando to influence the November election in favor of President Obama. Since the park hosts more than 6 million visitors a year, about 500,000 per month — maybe double that during Halloween Horror Nights throughout October — this isn’t a campaign to be taken lightly.

I went to Halloween Horror Nights last weekend and was shocked that Universal was using its amusement park as a political platform to reach the masses in favor of Obama and to slam Republican contender Mitt Romney in a show called “Bill and Ted’s Adventure.”

We went to the show thinking it was going to be centered on a movie by the same name. We had no idea its premise had an election theme. But at first, we thought it was going to be OK, since it was Bill and Ted who were running for election. Instead, though, the “show” turned into a 40-minute campaign rally for Obama, defaming Romney.

In the show, a black man was dressed up in a suit and sunglasses looking all cool and singing a rap about how he was the first black president. He makes references to gay rights, women’s contraception, killing Osama bin Laden, supporting Big Bird and the like. All the while, the crowd was getting pumped up and cheering the entire time. The black man’s “opponent” was a white man talking like a “nerd” and looking all disheveled as he stumbled out saying that he lied in the debate, that he shoves grannies off the cliff. “Oh, I didn’t know that women could vote,” he even said at one point.

The show, of course, ended with the most popular songs blasting as dancers took to the stage, making it a big, cool Obama party to appeal to the voters.

It was absolutely ridiculous the trash that Universal Studies is feeding these people coming to the park every day, particularly impressionable younger voters. It is absolutely reprehensible and completely biased that Universal would use its park as a platform for the Democratic Party’s political gain. As an amusement park, it should stay politically neutral.

It was especially appalling the way the show was attempting to destroy Romney’s image, and in a battleground state like Florida. And visitors are paying for this! I spent about $180 on my ticket that day ($90 for general admission and $80 for the express pass). This isn’t just a “Saturday Night Live” skit or a political cartoon.

I think major heat should be put on Universal Studios, by the Republican National Committee, the news media, etc. Boycott the park, or have people with pro-Romney signs out front if the park has to turn itself into a political campaign arena. I am going to continue my efforts to try to make everyone aware of what is going on.

I spoke with someone at Universal, but they just completely white-washed the truth, acted like they didn’t care, had their canned responses and denied that the show was pro-Obama/anti-Romney, which was absolutely ludicrous. The park just claimed that it is a presentation of the year’s past events with political undertones. It was nothing more than a platform for the owners of Universal Studios to promote a pro-Obama campaign rally made to look cool with comedy, dancers and music as the crowd cheers for Obama and makes fun of and spreads untruths about Romney. This is completely unacceptable for an amusement park in America to not stay neutral as they pull in millions of dollars to fund this. 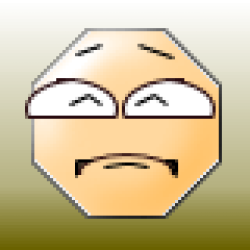