Republican Mitt Romney is attempting to make it to the presidency the only way he knows how — by earning it.

I was struck by three events this past week: The first presidential debate Wednesday, the president’s speech Thursday at the University of Wisconsin in Madison and the September jobs report announced Friday.

First the debate. With the notable exception of Fox News analyst Juan Williams, everyone agreed that Romney completely overwhelmed the president and took home the honors. Pundits from the left offered one excuse after another, from blaming it on Denver’s altitude to the color of the president’s skin.

The fact is, the president was steamrolled because Romney walked in better prepared. He knew the facts, was well-versed on the issues, and he took the time to gear himself up on how to effectively respond to the president’s arguments. Obama phoned it in.

Then there was Thursday’s speech. Rather than taking his lumps and moving on, the president jumped up on an outdoor stage in Madison, Wisc., the following day and suggested that his opponent did well only because he lied.

Obama began by stating that he’d debated a completely different Romney the night before — one who was “last year promising $5 trillion in tax cuts that favor the wealthy, and yet the fellow on the stage who looked like Mitt Romney said he did not know anything about that.”

Finally, the September jobs report announced Friday was a real stunner — a three-tenths of a point drop in unemployment to bring it to its lowest level in 42 months.

The Bureau of Labor Statistics based its monthly report on two surveys. It polled 410,000 businesses and 60,000 households. 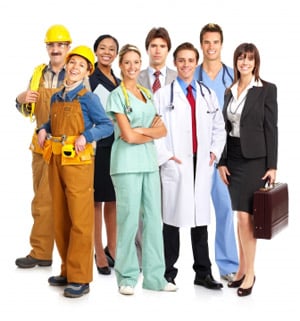 In this instance, the business poll showed very little deviation from previous months and corresponded to current economic indicators. Not so with the household survey.

That poll suggested a huge drop in unemployment — so much so that according to columnist Ed Morrissey, “The last time we had that many added in the household survey, the GDP growth rate was around 9%, and it’s currently 1.5%.” As a result, the Labor Department reported the largest percentage drop in unemployment in 29 years, yet the size of the labor force hasn’t been this low since 1980.  It’s also questionable given that the report shows a mere 114,000 new jobs, less than the monthly average of 120,000 new jobs during the last four months.

Notwithstanding the timing, I’m in no way suggesting that the Bureau of Labor Statistics is taking part in a conspiracy to re-elect the president. I am saying, however, that the anomaly of the employment figures should have prompted a cautionary statement to accompany the jobs report — and that statement should have come from the president.

The above indicates, better than anything, the caliber of the two candidates.

Although raised in a life of privilege, the only things Romney inherited from his parents were honesty, a strong character and an indefatigable work ethic. His parents’ self-made fortune went to charity. Romney’s accomplishments were attained on his own. His debate preparation was hard work but second nature to the man himself.

On the other hand, although Obama has enjoyed huge success, one has to wonder how he did it. His life is marked by a series of rewards for doing as little as possible to achieve them. Whether it’s being named president of the Harvard Law Review without actually writing a single sentence, or receiving the Nobel Prize for what the prize committee predicts he’ll do, it’s all the same.

In a post-debate interview, Romney surrogate John Sununu summed it up to MSNBC anchor Andrea Mitchell by calling the president “lazy.”  It wasn’t until Mitchell repeatedly asked him to “take it back” that Sununu finally said, “Alright, Andrea, whatever you want.”

The point is, the president success has been based on a lifetime of being cool and phoning in his responsibilities while Romney has always rolled up his sleeves and done the real work expected of him. The debate made that crystal clear.

Decades ago, actor John Houseman made a series of TV commercials for the investment firm Smith-Barney. His tag line in each was, “Smith-Barney makes money the old fashioned way — they earn it.”

And that’s how Romney will attain our vote for president of the United States on Nov. 6. He’ll do it the old-fashioned way — he’ll earn it.