Leading from behind is not an effective strategy. In fact, it is not leading at all, as the events since Sept. 11, and even before, have proven.

The “lame-stream media” allowed the Obama administration to continue with its story that the riots leading to the assassination of a U.S. ambassador and other brave Americans in Libya were due to a June film that hardly anyone had seen. On Wednesday, CNN’s Anderson Cooper seemed surprised that a U.S. official was suddenly admitting that the attack in Libya was a “terrorist attack,” and sent atweet asking why this change in rhetoric had occurred. I replied to Cooper, explaining that the real question is why the media had not done any homework on its own, and had allowed itself to be the transmitter of lies for several days. Had a major network journalist like Cooper attempted to verify the White House’s information rather than simply regurgitating it as fact, he would have uncovered what many alternative news outlets were already reporting — the attacks were planned in advance, the Obama administration had been warned of the attacks, and the United States failed to protect our civil servants.

This Sept. 11 was an important anniversary — the 11th anniversary of the attacks. And it fell on a Tuesday, just as in 2001. Islamic radicals value symbolism and meaning, so one must assume that the State Department would anticipate an event. We now know that the United States knew of the possibility for unrest in advance and did not take any precautions to protect our ambassador or other Americans.

Some may attribute this failure to sheer incompetence. However, we must remember that many in the State Department are career employees who have served in analyst positions for decades. The decision not to be proactive would have to occur at the higher levels of government by people who are appointed to carry out the president’s intentions. This leads to the next natural question: Why did President Obama allow these attacks to occur when his administration was clearly aware of the threat?

For those who support Dinesh D’Souza’s assertions that President Obama is driven by an anti-colonialist belief, we are again able to apply this theory to the disaster in Libya. Barring an oversight by the administration, which is difficult to fathom given the intelligence agencies’ talented employees, the president’s anti-colonialist beliefs are the only plausible explanation. The president’s aim, as an anti-colonialist, is to reduce the United States’ impact on other nations, especially those previously affected by colonialism, such as Middle East countries. It would seem logical, then, that the following thought process occurred: The administration was made aware of the potential attacks; the administration wanted to allow the anti-American activities to occur, perhaps not anticipating the deaths of Americans in the process; and finally, the administration came up with an excuse (the film) for the “spontaneous” riots to cover up that our leaders had advance knowledge.

Accusations that Obama is a socialist, Marxist or even a Muslim do not explain the sequence of events that led up to the Libyan tragedy. On the other hand, the theory that Obama is an anti-colonialist would explain the lack of action and the cover-up, with the intention of further reducing the United States’ respect, presence and impact in the Middle East.

Given the recent Gallup Poll that 82 percent of Egyptians do not want U.S. aid, it would appear that Obama’s strategy of “leading from behind” is accomplishing just what any anti-colonialist would want: decreasing the United States’ influence and reach in the Middle East. 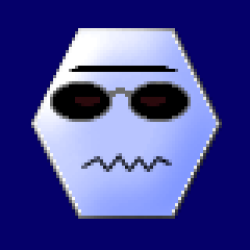