The extension of State Road 7 from Okeechobee Boulevard north to Northlake Boulevard has been on the state books since the 1940s. The Florida Department of Transportation still owns the right-of-way on the original range line.

In a letter to the editor published in The Palm Beach Post on Aug. 19, 2011, the mayor said her city’s utility department “serves approximately 300,000 people daily.” However, the South Florida Water Management District permit only allows the city to serve about 130,000 residents daily. Muoio also said the water catchment area serves to “recharge the surficial aquifer.”

On Aug. 22, 2011, West Palm Beach was referred to the water management district’s enforcement division for non-compliance with its water use for over-pumping its well fields. Link to Consent Order.

Ibis built Traditions Golf Course and began irrigating in 1998 without a permit. Ibis received a $14,300.00 fine and began operating under a permit in 2008.Link to Consent Order.

West Palm Beach officials have gathered additional residents along the Okeechobee Boulevard corridor to their cause, including those living in Andros Isles, Baywinds and Riverwalk. These developments also received their developers’ approval by the county with the conditions of extending both Roebuck and Jog roads. Some West Palm Beach officials have used the same scare tactics about concerns with the integrity of the water catchment area if these roads were to be built.

FDOT received the study in January without noting any significant environmental impacts from the extension and construction of State Road 7. The final public hearing will take place on Wednesday, March 21, at the Palm Beach Expo Center beginning at 5:30 p.m. 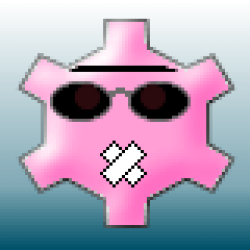