Even while the Florida House on Friday passed a wrong-headed, destructive overhaul of the state’s Personal Injury Protection system, it is heartening to see how the Senate remains fair and sensible in its pursuit of truly effective reform.

While the House bill would drive up consumers’ health care costs and fatten insurance industry profits, the version the Senate will vote on next week would hold unscrupulous insurers and crooked doctors accountable for cheating the system.

While the House wants to subject average Floridians to questioning under oath by insurers and dictate who can provide their care, the Senate seeks to establish a fraud investigation and prevention unit, tighten restrictions on pain clinics and require more detailed accident reports.

In other words, while the House is looking out for the insurance industry, the Senate is fighting for the average consumer in truly targeting fraud. We can only hope the Senate version prevails when the two bodies go to rectify their widely disparate measures next week.

But as we speak, some senators are considering dangerous amendments that could seriously undermine Senate Bill 1860’s effectiveness. The most destructive would be to adopt the House bill’s proposal to cap attorney fees.

I am deeply concerned about the effect such a change would have on the medical community’s ability to treat accident victims and the weakened economic climate that would result for the health care industry in Florida.

Attorneys who specialize in litigating PIP cases are the last line of defense in keeping the insurance industry honest in reimbursing doctors, diagnostic centers, hospitals and other medical professionals providing needed treatment for legitimate accident injuries. Florida Department of Motor Vehicle statistics estimate that there are nearly 250,000 accidents every year in this state, so this is clearly a critically needed service. And yet, far too often, valid claims filed under our patients’ PIP coverage are denied or shortchanged without justification, and our only recourse is to take the insurers to court to get the money we are owed.

That’s why Florida’s PIP statute has long required insurers to pay reasonable attorney fees if their claim denials are challenged and successfully resolved – to level the playing field for ordinary citizens without the means to take on deep-pocketed insurance companies.

Of course, the insurers know this; that’s why they have aggressively pushed for attorney fee caps, to knock out the most effective advocate standing between them and fatter profits. It’s also why those same caps only target plaintiffs’ attorneys, but leave insurers to spend unlimited resources paying their own lawyers to litigate and stall attempts by their ratepayers to claim their coverage – coverage the law requires them to buy – after they’ve been in an accident.

The insurers try to claim that plaintiff attorney fees are part of the costs driving PIP premiums up, but a report just released by the Office of the Insurance Consumer Advocates found that those fees accounted for a mere 2.4 percent of the total PIP costs in 2010.

In response to this non-issue, the House is proposing caps that are so unreasonable, they would make it impossible for good attorneys to cover their own costs, eliminating any incentive to take PIP cases. Imagine the climate that would result. The little guy would be forced to buy insurance with no guarantee he’d ever be able to use it when he really needed it, putting him at the mercy of insurers to decide when, how, even whether to pay what they’re supposed to under the law.

For many doctors, treating accident patients would not be worth the risk that they wouldn’t be paid for the services rendered, and the depleted business would force them to lay off staff, hurting not just the patient but the state’s economy.

This can’t be the scenario legislators envision when they talk about “fixing” Florida’s broken no-fault system. Sure, there’s fraud – on all sides of the equation. But in tackling the problem, stick to solutions that truly target fraud. Capping attorney fees won’t hurt scam artists, just Florida consumers and the medical professionals dedicated to treating their accident injuries. 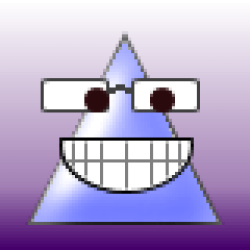