For the better part of a century, there’s been consistency in the debate over legalized gambling in Florida: Moralists oppose it, while libertarians and big-money gambling interests support it. The moralists initially hold sway in the Legislature, until campaign contributions and lobbyists’ promises reach critical mass.

At that point, legislators succumb to “popular demand” and “economic considerations” and authorize the expansion of gambling, also known by the sanitized term “gaming.”

The scenario again is playing out in the debate over so-called “destination casinos.” These are the mega hotel, restaurant and entertainment complexes that include casinos, and which cost $2 billion and up to build. The big gambling interests have looked to locations such as Macao and Singapore to build their palaces, and now they’re targeting Florida.

The concept has sent shudders down the spines of moralists and established gambling enterprises, but it’s gaining support among politicians. Gov. Rick Scott, who opposed the expansion of gambling as a candidate, says he’s now willing to consider destination casinos for Florida. And Sen. Ellyn Bogdanoff, a Republican who represents parts of Broward and Palm Beach counties, has introduced legislation that would permit a handful of them in the state.

Bogdanoff says she consistently has been anti-gambling, but since destination casinos are a foregone conclusion, she wants to take the lead in shaping the legislation that would regulate them. Some accuse her of hypocrisy, but I won’t, because she’s right. Like King Canute, Bogdanoff recognizes it’s impossible to turn back the tide, and whether it’s in the coming year, the next or the next, the Legislature will pass the enabling legislation.

To help an ailing tourist industry during the Great Depression, the Legislature approved pari-mutuel betting, hoping it would stimulate the economy. It worked, to a degree, with visions of flamingos at Hialeah Park dancing through the heads of Northerners aching to escape the winter snows.

Casinos were still against the law, a minor inconvenience to Hallendale Beach resident and mob kingpin Meyer Lansky, who oversaw illegal casino operations throughout South Florida. Walter Clark, Broward County’s corrupt but popular sheriff, turned a blind eye to the gambling. He claimed it brought jobs to the area, which is an argument used today by supporters of destination casinos.

A wave of post-World War II moralism, plus opposition by the family-friendly Walt Disney Company, put the brakes on Florida gambling for a time. In 1978, Florida voters defeated a referendum that would have permitted casino gambling.

In 1986, casino interests again went to the voters with a referendum, but this time they came up against Alvah Chapman, the late publisher of The Miami Herald and CEO of its then-parent company Knight Ridder. Chapman declared that if the referendum were to pass, he’d move Knight Ridder headquarters out of the state. He also convinced other Florida newspaper publishers to help bankroll the anti-casino campaign, which created quite a stir within the journalistic profession, with ethicists questioning the propriety of newspapers using their treasuries to support a political movement.

Regardless, Chapman and the anti-casino forces prevailed, and the referendum went down to defeat, and therein lies an irony. Last May, the McClatchy Company, now the owner of The Miami Herald, sold the newspaper’s Biscayne Bay building and property to resort developer Genting Malyasia Berhad. The 14-acre site went for $236 million. Genting wants to build a destination casino, which no doubt would be haunted by Alvah Chapman’s ghost.

As the debate proceeds, legislators need to focus on fairness, which is becoming an alien concept in this age of campaign-contribution bundling, influence peddling and crony capitalism.

Some legislators are talking about prohibiting destination casinos within 75 miles of each other, but they need to think through that idea. If Genting receives approval at The Miami Herald location, all of Broward County and Palm Beach County up to Riviera Beach would be shut out of the market. If Broward were to get the OK, Miami-Dade and Palm Beach counties would be off limits. This hardly makes for amicable cross-county relationships.

If full-scale, Las Vegas-stye gambling is permitted at destination casinos, it should be permitted also at the Isle, Gulfstream and other so-called “racinos,” which have invested heavily in their operations since the local-option legalization of slot machines in Broward and Miami-Dade. Really, what difference does it make if a person loses the mortgage money at a slot machine, a blackjack table or a roulette wheel? Tax rates should be equalized across the board as well. As for the tribal casinos, let them face the competition on their own.

In other words, level the playing field, and let the free market sort things out. 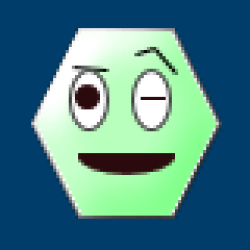 Kingsley Guy
Kingsley Guy's journalist career began in 1968, when he worked for The New York Times as a copy boy and secretary for the news editors. He was employed by the Sun-Sentinel for 30 years, including 23 years as the Editorial Page editor. His career at the Sun-Sentinel included reporting assignments in India, the Middle East, Russia and China. He retired from the newspaper in 2006.

He currently writes for the Sun-Sentinel and other South Florida publications on a freelance basis, and is a frequent guest on local radio and television shows. He also is a lecturer for the Lifelong Learning Institute of Nova Southeastern University.