It has been little more than a year since Palm Beach Post editorial writer Jac Wilder VerSteeg openly campaigned in favor of Frank Barbieri for School Board chairman. In doing so, Versteeg wrote, “Making Mr. Barbieri chairman would improve the board’s credibility at a crucial time. The only danger is if there’s too much friction between the chairman and the superintendent. I think the upside is worth that risk.” The risk in this case turned out to be the lost opportunity for thousands of students in Palm Beach County.

When editorialists campaign and try to bias public opinion, be careful what you wish for. In this case, VerSteeg got what he asked for. Barbieri was made chairman. What a difference a day makes.

About a year ago, School Board member Debra Robinson moved to oust then-Superintendent Art Johnson. Under Chairman Barbieri’s watch, board members voted 6-1 to remove Johnson as superintendent. Barbieri and the new board declared that the district needed to move in a “new direction.”

Under Johnson’s watch, during which time there were five different chairmen, the district graduation rate climbed from 58.2 percent in fiscal year 1999 to 82.9 percent in fiscal year 2010. Now, for the first time in five years, Palm Beach County’s graduation rate drops. But don’t worry, because the VerSteeg-endorsed Barbieri stated that he “accepts blame if the school district goes backwards.” Backwards is a lost opportunity for thousands of students in Palm Beach County. The six board members who removed Johnson ignored a decade of sustained high student achievement, financial solvency and deliberate and directed leadership. This was leadership that has not been supplied by the interim superintendent. Inexcusably, the School Board is in a void, going a year without picking a new superintendent. Furthermore, leadership has not been supplied by the person ready to accept the blame (in Barbieri’s own words) for the district turning backwards.

Much like the “man in the arena,” Johnson sailed. Most of the time, he sailed with the wind; there were periods where he sailed against the wind, but he sailed. Under his leadership, we did not lie at anchor, and worse yet, we did not drift backwards.

We replaced a highly successful leader who was strong, visionary and willing to take risks with a School Board whose members are dysfunctional, meddlesome and completely unable to lead. It has become very clear that our current downward trend represents our “new direction.”

Monroe Benaim is a Palm Beach County School Board member. 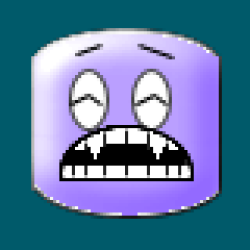