So, who is the president of Uzbekistan? If some dullard toad from some so-called “news operation” tried to pull a “gotcha” on the sensationally successful black CEO of Godfather Pizza, the Herm Mizer needs to be armed and at the ready for this kind of foolish ploy.

Instead of attempting an answer at a question that would probably stump even the reporter, Herm ought to ask his own question, one the reporter should be aware of but most likely isn’t. How’s this for size? “Who is the CEO of Time Warner?” Or, “Who is the chief operations officer for Barnes and Noble?” How about, “Who is the lieutenant governor of Hawaii?” After all, the bright, up-and-coming, impressionable reporter ought know this stuff. Duh!

For edification purposes, Uzbekistan’s president is Islam Karimov, and the premier is Shavkat Mirziyoyev. Do these names ring bells? Certainly not. Does a candidate really need to know this information? I cannot see why. If and when he is elected and sworn in, certainly the new president will become acquainted with whomever he need be.

Most Americans have no clue what the Uzbekistan leader’s name is, nor could they pronounce it. Not surprisingly, the average Yank probably has better recall of whom the best football player or the most popular actor/actress is. Information utterly useless, even more so than whom the treasurer of the United Kingdom, the secretary of state of Kansas or the mayor of Newark, N.J., is.

Point is, if Herman Cain can’t tell you in a flash who the president is of South Korea is, it’s no big deal. A word to describe that information would be “irrelevant.”

However, if in the course of his presidency, Herman Cain needs to become aware of this information, who can doubt that he will and that he has a unique capacity to train, perform, deliver and succeed at whatever undertaking he encounters? Meanwhile, in office three quarters through, this current occupant still can’t put three words together without his two pals standing right there, “Tel” and “Prompter.”

The current chief executive did not know how many states were in the 50 united ones. The current Bozo wondered what language is spoken in Austria. He used the time honored guess, “Austrian,” for an answer. Then that would mean they speak “South African” in South Africa, right? And “Mexican” in Mexico, and “Canadian” in Canada. Or how about Kentuckian in Kentucky.

The gaffe was insulting and demeaning to Austrians, not to mention that this Ivy League editor of the Harvard Law Review made us all look dumb. The same underachiever also addressed a Memorial Day gathering outside Phoenix in 2008 this way: “I see some of our fallen soldiers among you out there.” Was he seeing ghosts?

Then came his gaffe about “cattle guards“: “They need to be retrained, not fired!” he told Uncle Joe “By-Dumb.” Even Uncle Joe, with his own penchant for hoof-and-mouth disease, had to chuckle. “Ah, Mr. President, the cattle guards are tools, not people.” “Oh,” said the titular head of the free world. “We must then find a way to utilize them elsewhere.”

It is blatantly obvious the press scrutiny of GOP hopefuls is nowhere near the level of what this current Bozo has been able to avoid. Much like all else, the left wing, pinko media is rooting for Their Guy and to hell with the GOP. 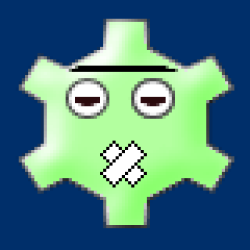