As a science teacher and coach of my school’s engineering club, I have helped students launch plenty of model rockets. And I’ve gotten to see a few real rocket launches live from the Kennedy Space Center. Now NASA has invited me to be its guest for the liftoff of two moon-bound spacecraft aboard a Delta II rocket from Cape Canaveral Air Force Station. The twin Gravity Recovery and Interior Laboratory, or GRAIL, spacecraft will fly in tandem orbits around the moon for several months to provide in-depth data for scientists to analyze in order to better understand the moon’s gravitational characteristics, structure, thermal evolution and history of collisions with asteroids. There are two instantaneous (one-second) launch windows open at 8:37 a.m. and 9:16 a.m. Eastern time on Thursday, Sept. 8. The launch period extends through Oct. 19.

I’m excited that GRAIL can provide a better understanding of how Earth and other rocky worlds in our solar system formed. A moonquake isn’t an earthquake. The structure of the lunar interior, from crust to core, is different. And the thermal evolution of the moon, like how molten its mantle is, has long been a mystery. In Earth science, we can study the world’s layers by how seismic waves travel. What makes GRAIL a great mission is that it can study layers without ever landing. As one satellite passes through an area of greater gravity due to moon mass concentration, the distance between the two will shrink slightly, and these measurements will be beamed to Earth.

Also aboard the spacecraft will be a camera assembly for the benefit of students that will be used to capture images and video of the moon’s surface. “MoonKAM” stands for Moon Knowledge Acquired by Middle school students. Students can request that special cameras on the satellites take photos of specific areas of the lunar surface.

2011 is one of the busiest ever in planetary exploration: GRAIL’s liftoff is the third of four space missions launching this year under the management of NASA’s Jet Propulsion Laboratory in Pasadena, Calif. Aquarius launched June 10 to study ocean salinity, Juno launched Aug. 5 to study the origins and interior of Jupiter, and the Mars Science Laboratory/Curiosity rover heads to the red planet no earlier than Nov. 25. Studies show the American public supports such ambitions. In a June 2011 survey reported by the Pew Research Center, nearly six in 10 Americans, or 58 percent, said it is essential that the United States continue to be a world leader in space exploration. Two-thirds of Republicans (67 percent) said the nation must continue to play an international leadership role in space exploration, while smaller majorities of Democrats (54 percent) and independents (57 percent) said this. Large majorities (39 percent) of the 1,500 people polled said space exploration has contributed

greatly in encouraging interest in science, and 35 percent said it has contributed some. Nearly as many (38 percent) said the space program has contributed significantly to scientific advances that all Americans can use, while 34 percent think it has had a major impact on feelings of pride and patriotism. A vibrant space exploration program engages the public, encourages students and helps develop the high-tech workforce that will be required to address the challenges of tomorrow. GRAIL promises to play a significant role in those efforts.

GRAIL’s mapping, along with high-resolution pictures of the moon’s surface sent back by the Lunar Reconnaissance Orbiter, represents an important step in planning the next push outwards of human space exploration. Of particular importance will be GRAIL’s discoveries about potential sites for lunar colonies at the polar regions. The aim is to map the moon’s gravity field so completely that future moon vehicles can safely navigate anywhere on the moon’s surface. For more information about GRAIL, visit: http://solarsystem.nasa.gov/grail and http://moon.mit.edu/. 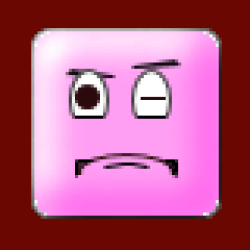