The Palm Beach County Commission voted Monday to pave the way for another tax rate increase, the third in as many years. Rates have risen by more than 25 percent over the past two years.

Not much of a surprise — another year, another tax rate hike. Just as in Washington, we are led by those who believe they have been chosen by a higher power to redistribute our money for their vision of the common good.

There were some differences this year, though.

County Commissioner Karen Marcus didn’t want to raise the rate, and neither did the county’s newest commissioner, Paulette Burdick, or fellow Commissioner Steven Abrams, a reliable budget hawk. Shelley Vana talked like a hawk but voted her heart. The rest were predictable. Since the shortfall, without changing the rate, would “only” be $12 million in a $4 billion budget, we think this was an avoidable assault on the taxpayer.

Another difference was in the way the budget was presented to the public.

How did spending, revenue and fund balances change when compared to the last eightyears? We really don’t know precisely, since some key elements have been omitted from the budget package this year. Every prior adopted budget, as well as the yearly proposals, contained a roll-up of spending, revenue, “ad-valorem equivalents” and staffing by department. When we, the Taxpayer Action Board, asked in an email for specific items from this data, we were directed to multiple pages and sections, and multiple versions (June and July) of the packages. Since not all the numbers track to the 2011 budget, we are still trying to unravel this Chinese puzzle. If the data is there, as claimed, why has county staff made it so difficult to compare to previous years?

Additionally, if the tax rate remained unchanged, the tax revenue would have declined by $12 million with changing property values. But Florida Retirement System changes reduced costs by $25 million. A surplus, right? Not so fast. Initial fund balances, loss of one-time funding sources (which were unspecified) and other “inside baseball” adjustments turned the deficit into a $40 million hole, requiring cuts to popular programs. When asked for an explanation and comparison to last year, county staff suggested that an outsider lacks sufficient context to fully understand the budget. Perhaps.

As a taxpayer advocacy group, the Palm Beach County Taxpayer Action Board was quite pleased with the cooperation we received from county staff over the last year, and that hasn’t changed. The budget department has answered our calls and spent time discussing the budget with us. What has changed is the clarity of the information provided. Shouldn’t one goal of a budget proposal be that taxpayers (not to mention commissioners) understand how County Administrator Bob Weisman and his staff are spending our money? If so, this year’s package falls short. 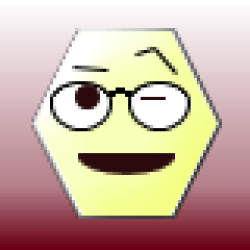