Florida, like many states, is suffering as a result of misdeeds that led to the real estate market’s downward spiral. But the blame for our current economic position has moved beyond the big banks and mortgage industry. This year, the crosshairs have been focused on the “bloated” budgets of Florida’s government agencies.

People are eager to identify someone they can hold responsible for their financial dilemmas. And government is an easy target when the media has a plethora of incidents to illustrate careless spending of taxpayer dollars. But it’s a stretch to say that every government agency is responsible for where we are today. So before casting a wide net of disdain for all of Florida’s government agencies, I’d like you to consider our story at the Clerk & Comptroller’s Office.

I spent 25 years in the private sector before Palm Beach County voters elected me as clerk and comptroller. As a lawyer, financial consultant, business owner and general manager, I knew that being fiscally responsible meant I would have more money in the bank. Today, I know that fiscal responsibility means taxpayers have more money in their pockets.

In the past four years alone, my office has reduced its cost to taxpayers by 32 percent, or $5.8 million. We also increased efficiencies that allowed us to return $32.6 million in unspent revenue to county government between 2005 and 2011. Together, these are the equivalent of $61.25 in tax dollar savings for every household in Palm Beach County.

How did we do it?

By early 2008, we saw indicators of significant reductions in future revenue due to the downturn in the real estate market. We scoured our expenditures for cost-saving opportunities — eliminating “standard” government benefits like pay raises and tuition reimbursement and reducing travel and overtime. County and state agencies weren’t doing the same thing. We risked no longer being able to compete with them for employees. But we knew we were doing the right thing, and we did it without being asked because it was the fiscally responsible thing to do.

At the same time, we renegotiated vendor contracts, implemented a hiring freeze, eliminated some positions by consolidating departments and reduced operating expenses by 42 percent.

Year after year, we submitted a budget that was lower than the year before. And every year, we waited for others to do the same.

The story of our effort to cut $5.8 million includes a lot of pain. After cutting operating expenses to the bone, we had no choice but lay employees off for the first time in our office’s 100-year history. In 2009, we lost 101, or 18 percent, of our employees. In 2010, we lost another eight. Only a handful of these positions were unfilled vacancies.

Our efforts continued, and in 2010, we eliminated another costly employee benefit — payouts for unused sick time when an employee leaves the organization. This is a standard benefit in local, state and federal government agencies that can cost hundreds of thousands of dollars each year. In 2011, we went even further by implementing a “use it or lose it” policy for vacation time. Employees can no longer accumulate, carry over or receive payouts for unused vacation time when they leave or retire. I don’t know of any other government agency that has done the same thing.

Interestingly enough, our employees — the very public servants who have essentially come under attack in this new anti-government era — are the very same people who made many of the suggestions that amounted to millions of dollars in cost savings over the past few years. Although many of these changes have been painful for them, they are just as committed as I am to giving Palm Beach County taxpayers the biggest bang for their buck. And so are a number of other government agencies.

We should expect “fiscal responsibility” to be synonymous with “government.” Aiming blame and derision at government agencies doesn’t move us closer to that goal. Partnerships between government and the business community will. And the hoped-for result would be the proliferation of fiscal best practices that can be emulated and shared across all sectors. 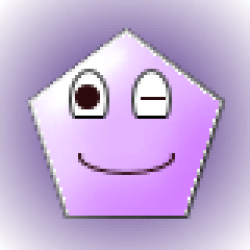