Sine Die – Session is Over

Well, they did not finish on time after all. Already heading closer to the midnight deadline for the 60 day session, the process melted down when, during a flurry of budget conforming bills, the Senate veered from the script and voted down a House bill dealing with professional deregulation. The chambers then took turns voting down each other’s bills. The Senate said its original no vote was a message to the House that it did not want to have things forced on them in a “take it or leave it” situation. Budget conforming bills are supposed to be legislation to conform statutes to mesh with provisions in the budget. When these bills come out of conference, they may only be voted on-up or down-but not amended. But this conference process resulted in new policy being added to conforming bills.

Earlier, the Senate had added language that some saw as an expansion of gaming to the tax relief conforming bill (HB 7203). This provision was not part of previous negotiations. The House refused to take it up. Both chambers passed resolutions to extend the session through Saturday. After midnight, the Senate passed the budget and decided to adjourn until 10:00 a.m., planning to take up the tax bill then. However, the House took up the tax bill and temporarily passed it-killing it. Instead, the chamber took up another non-conforming bill, amended on the tax language-minus the offending Senate language-passed it and adjourned sine die at 2:07 a.m., leaving several bills in the lurch.

Somehow, the Senate managed to get its members back in the chamber and passed the tax relief bill and then adjourned at 3:35 a.m.

This shows that the Legislature must address its rules concerning conforming bills. These bills have proliferated in recent years and some have tenuous connections to the budget. This year there were more than forty conforming bills. This allows too many opportunities for legislators to add provisions that are new or controversial in conference. This basically allows a few legislators to write policy, bypassing the committee process. When these bills hit the floor in a “take it or leave it” form, there are bound to be objections. 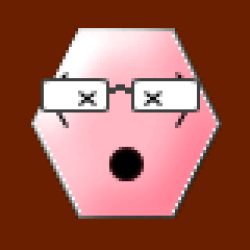