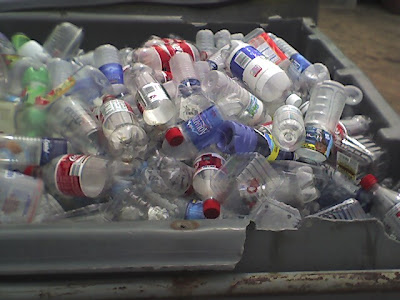 Editor’s Note – When a committment has been made to not raise taxes, or, circumstances dictate that doing so is not in the best interest of the economy, what’s a lawmaker to do?

Call it something else…how about a ‘surcharge’?  Or a ‘rate increase’?  Or the good ol’ reliable ‘fee’?

Interesting that Sen. Evelyn Lynn is identified as a Republican…would love to hear her views on climate change.  Are you folks awake over there in Ormand Beach?  We no longer have the luxury of hitting the snooze button.

By Kathleen Haughney
The News Service Of Florida

Bottled water could get a few cents more expensive in Florida under a proposed surcharge to pay for environmental cleanup work.

The proposal, sponsored by Sen. Evelyn Lynn, R-Ormond Beach, would create a 6 percent tax on a bottle of water or a package of bottled water in order to fund an environmental trust fund that pays for programs to rehabilitate ecosystems and coral reefs and to clean up polluted areas.

“I think it’s very important that we protect the environment as much as we can and plastic bottles are creating all sorts of problems with our wildlife as well as just littering everywhere,” Lynn said Thursday. “And it just seemed an appropriate thing to do.”

Lynn has proposed similar legislation in the past, and outgoing Gov. Charlie Crist in 2009 sought a per gallon water fee from bottlers in Florida. The bottled water industry, Nestle in particular, fought the proposal and it wound up going nowhere.

Nestle Waters of North America takes in Florida water every day, bottles it and pastes on Deer Park or Zephyrhills labels before shipping it around the country. But it pays nothing to the state of Florida to do so.

The company also is against a surcharge that would be paid by purchasers of water, with company spokesman Jim McClellan calling it “a bad idea, period.”

The legislation may have an uphill battle in the Legislature. Both Senate President Mike Haridopolos and House Speaker Dean Cannon are stridently anti-tax. During a speech to lawmakers last month, Haridopolos said “if your piece of legislation raises a tax… I don’t like your chances.”

Haridopolos spokesman David Bishop told the News Service that the Senate President would not weigh in on each proposed piece of legislation. If a senator takes an interest in a particular issue, they should file a bill, he said.

“If they can get [it] through three committees and make it to the Senate floor, let the chips fall where they may,” Bishop said.

Lynn, who is a member of Haridopolos’ leadership team, said she was aware of the president’s stance on tax raising measures, but said she has not heard from him or other high ranking senators.