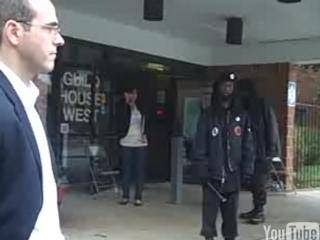 Editor’s Note – What we do know here is that Obama, the Democrat Party and the now very partisan Department of Justice are working hard to sweep this case under the rug, with a big assist from the complicit mainstream media.

What we also know is that if this were the opposite scenerio, there would be a Congressional Hearing already underway.

This is a travesty at the highest levels of government, yet, the slumbering masses take little notice.  We witnessed the outright corruption involved in the election of Al Franken to the U.S. Senate, we see an ongoing campaign by the far left to gain control of the Supervisor of Elections offices in multiple states, and now this…does anyone still think our elections are pure?

And with this success by the far left, does anyone believe that the 2010 and 2012 elections are immune?

As the scandal over the dismissal of the New Black Panther Party (NBPP) voter intimidation case percolates in the media, letters have been flying through the corridors of power.

On July 22, Rep. Lamar Smith (R-TX) sent a letter to President Obama demanding that he appoint a special counsel to look into the Justice Department’s handling of the case.

On July 28, Gerald Reynolds — chairman of the U.S. Commission on Civil Rights — sent Attorney General Eric Holder another letter once again demanding the testimony of Christopher Coates, who had been previously subpoenaed by the Commission. The former career chief of the Voting Section at the Civil Rights Division, Coates recommended that the lawsuit against the NBPP go forward.

On July 29, Leahy denied their request in a letter filled with factual and legal errors.

At the Civil Rights Commission, what has grated most throughout its investigation is Holder’s refusal to let Coates testify about what happened in the NBPP case. Holder has a clear conflict of interest here, yet the Commission must rely on the Justice Department to enforce its subpoenas and Holder has refused to appoint a special counsel.

The only exception to this statutory mandate is if the president claims executive privilege, something Obama has specifically not done in relation to the NBPP case.

The Justice Department has even tried to justify its refusal to supply witnesses or other information by claiming that it “is constrained by the need to protect against disclosures … that otherwise would undermine its ability to carry out its mission.” This sweeping and specious assertion approaches bad faith. It attempts to create a privilege that would cover any and all policy-related work at the Justice Department.

There is no such privilege.

Leahy’s letter concludes with a laughable line applauding Attorney General Holder’s effort “to remove the taint of partisan politics from law enforcement decisions at the Justice Department.” Friends still working at Justice, as well as former Justice Department lawyers — both career staff and political appointees — tell me that Eric Holder is the most political attorney general they have seen. Politics, they say, seems to drive almost all of his decision-making, not just in civil rights, but in the areas of national security and immigration enforcement, too.

Leahy obviously was not trying to make a joke, but that is what his claim amounts to. And his letter makes it clear that Democrats intend to do everything they can to keep the truth from coming out about the NBPP case and the administration of the Civil Rights Division at the Justice Department.