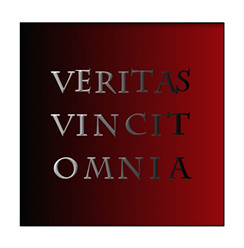 So, I get an email from a friend today about our local tea party movement and thought I’d just “harangue it!”

As an insider with the Orlando Tea Party operation, can you enlighten me on the direction of this once Righteously-spirited and Gentile of character movement? Is our conservative reflex being controverted into a third party movement? I never signed on for that!

I thought I was just signing up for just a little constitutional, Jeffersonian revolution, a simple backlash statement to America’s First Triumvirate: ‘Obama-Pelosi-Reid’, in an attempt to preserve our Republic. I do not want any of us to become Cassius or Brutus, et. al., who killed for their Republic, and died violently because they were politically selfish, as a result.

Great observation / question! I’ll do my best to address it . . .

Any time you get more than a “group of one” it gets hard to agree on anything 😉 The biggest problem with any movement is that it is made up of people, and quite frankly, people disappoint us!

Human nature; being what it is, despite the best efforts of those that teach otherwise, simply hasn’t evolved since the ancient of days. And what you see now, is what I call typical – “Lawyer behavior”. Lawyers by trade engage in the ‘second oldest profession’: “of taking something rather than making something!” Opportunism – is even more rampant in our post modern culture now that we have unbundled the moral component from society. And with such a large segment NOT believing that “Faith in God gives meaning and purpose to human life” we as a society are “bound in the shallows and miseries” that accompany an existence absent Faith in God.

When I showed up for the first Tea Party meeting here in Orlando, there were 8 of us in the Room! Wow, we come a long way since then. And, while I can’t speak for everyone, I think a good many of the Tea Party Movement folks have concluded that: While America is a two party system, our best hope is to use what ever influence we have to affect meaningful and positive results in candidates and elected officials that most closely reflect our own ideas – as we believe are set forth by our founders – in whichever political party they may be…

So while we have the Tea Party Movement fighting for the soul of our country, we also have the typical “tics on a dog” trying to aggrandize themselves or hijack our political fervor. But, we must ‘shake the dust of our sandals’ and endeavor forward, else the unholy triumvirate of Obama, Pelosi and Reid will visit a fresh manner of hell up on the producers in this country.

Most Patriots from the Tea Party Movement realize that the liberal’s best chance for reelection – and to continue their assault on the principals that founded our nation – is for us to create a Third Party. What most denigrators of the Tea Party Movement don’t realize is that the movement is all about ideas not about party: Ideas of Freedom, Liberty, smaller government and the concept of who owns you – whether “you own you” or the “state owns you”.  And this is why the movement so terrifies entrenched party hacks who are bereft of ideas and instead substitute people over law, power over principal and advocate the false political economic doctrine where you are entitled to your neighbors stuff.