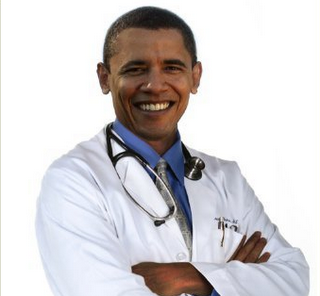 Linda O’Keefe – According to an internal White House document that was leaked this week and posted on the website of a Republican congressman, over half of Americans will be dumped into Obamacare.

How many times did President Obama assure us that if we liked the health coverage we have then we could keep it? In fact, at one point he even said that we may pay less for that coverage.

Now, it looks like this will not be the case for over half of us! 51% of employees of large companies and 2/3 of employees of small businesses, will not be able to keep their current coverage. I guess the ‘fear-mongering’ of the GOP was based in reality after all!

But, Democrats can’t be surprised by this document! This is not even an ‘unintended consequence’ of Obamacare. The Democrats have been on a deliberate mission to socialize health care for a long time. Even though they know this is not the will of the majority of Americans, they winked at their single-payer buddies as they stood before the public and made false promises.

In November of 2009, I travelled to DC and had the opportunity to confront Rep. Alan Grayson on this very issue. He, being a progressive, is very much in support of a single-payer system for the masses. However, remember that Grayson and his fellow democrats voted against including themselves in this obamacare for the masses. They prefer to have their health care administered by the private sector and paid for by us, the tax payer, for the rest of their lives!

Internal White House documents reveal that 51% of employers may have to relinquish their current health care coverage by 2013 due to ObamaCare. That numbers soars to 66% for small-business employers.

The documents — product of a joint project of the Labor Department, the Health and Human Services Department and the IRS — examine the effects new regulations would have on existing, or “grandfathered,” employer-based health care plans.

Draft copies of the documents were reportedly leaked to House Republicans earlier in the week. Rep. Bill Posey, R-Fla., posted them on his Web site Friday afternoon.  (View the full report here.)

According to the report, by 2013 51% of all employers — 66% of small employers (3-99 employees) and 45% of large employers — would have to relinquish current coverage. In a worst-case scenario, 69% of firms would lose their grandfathered status.