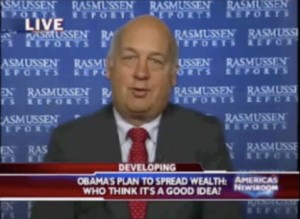 Editor’s Note – Yet another example of the anti-incumbent feeling that’s sweeping across America.  As most folks see the dismal results that our ‘experienced’ politicians continue to deliver, as they watch the corruption and back door dealings and see both parties placing more emphasis on consolidating power than on doing what’s best for the country, they are choosing the alternative.

The experts will analyze this and come up with a host of reasons, however, rest assured that this is a clear indication that the people are paying attention.  Are the politicians?

Most voters continue to believe it would be better for the country if the majority of Congress is thrown out this November, but they also remain unconvinced that a Republican takeover will make a noticeable difference.

A new Rasmussen Reports national telephone survey finds that just 19% of voters think it would be better for the country if most incumbents in Congress were reelected this November.  Sixty-five percent (65%) disagree and say it would be better if most were defeated.  Sixteen percent (16%) aren’t sure.

Still, while hoping incumbents get defeated, only 42% of all voters say there will be a noticeable change in the lives of most Americans if the Republicans recapture control of Congress from the Democrats. Thirty-two percent (32%) disagree and don’t expect much to change while another 25% are not sure.