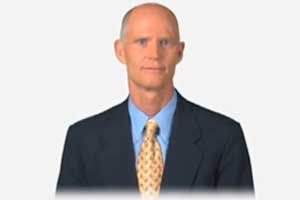 By Adam Smith
The Buzz

Nothing like $6-million in TV ads to concentrate the mind. The Bill McCollum campaign has decided (as Kendrick Meek’s did immediately with Jeff Greene) that it better start swinging hard at Rick Scott. Campaign manager Matt Williams sent out an e-mail tonight piggy-backing on Alex Sink’s blistering criticism of Scott. An excerpt:

The fact that Rick Scott is running for Governor as a “reformer” would be funny if it wasn’t so outrageous.  This is a man who barely escaped imprisonment, whose failure in business has been portrayed on national news and around the world.  He is an embarrassment.

Our Republican Party cannot afford to have Rick Scott lead our ticket.  It would end in an absolute disaster for our Party, our principles and our candidates throughout our state.  Rick Scott not only oversaw fraud, Rick Scott is a fraud.
Facebook Twitter Reddit LinkedIn Gab